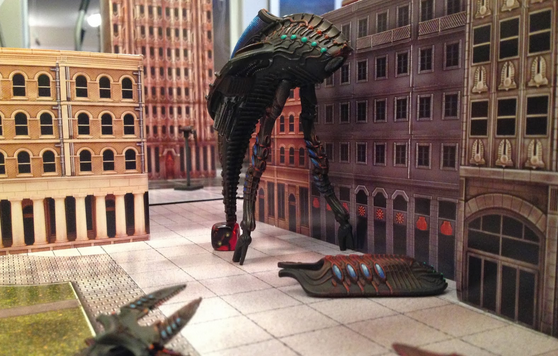 I have had lots of games with my Scourge over the last year, and with the coverage at Valhalla and batreps against Shawn Gately and David Lewis, I have had a couple requests lately for a list that includes the Scourge Annihilator. After all its a very expensive point costed model that is often hard to work into lists, especially after I work my Scourge commander into it.


I created this list as a playable force that I would field. I have been playing many variations of Scourge, and this one fits well into my ultra-aggressive playstyle on the tabletop.

As with any net-list...... This list fits how I play, and you should only consider this as a starting point if you are looking to field it. I feel I could play this list well against most other armies I have encountered in Dropzone. 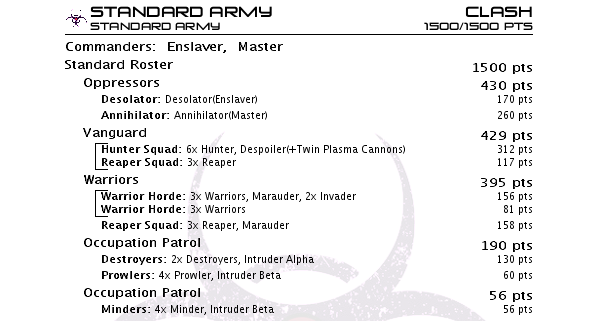 The reason for two commanders in this list, is that I want to maintain my Command Cards for surprising hits that could alter the game, so I put my highest level commander in the Annihilator. I put in a cheaper commander here, simply because I will need some help at times to get cards off and need the command radius up front in the battle.

Obviously the Minders are there to annoy and harass, as is the Prowlers. Both can be highly effective units, and when you have an annihilator on the field, some scout units can be extremely valuable to get those indirect fire shots off.
5/30/2014
Natfka
Army Lists, Dropzone Commander