Forgeworld Rumors Out of the Horus Horus Weekender 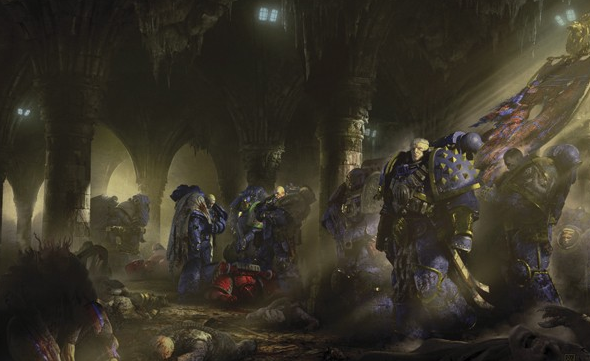 Here are some rumors coming out on the future of the Horus Heresy from this weekend's events. I dont know much about these rumors, as they were just handed over to me in a couple pics from a device that was on its last legs of its battery life.


Regardless, here they are, and please take these as rumors.

via an anonymous source on Faeit 212
Conquest
No new Legions
Full Solar Auxilia army list
Questoris Knights army list
Toll box to run large campaigns. Legion Relic weapons and wargear, Loyalist and Traitors.
Shattered Legion gaming option and rules to use them.
New units for Legions
Something buried beneath Isstvan 5.... will come back

Next
Calth, Shadow Crusade, underworld war might be 2 books
Dark Mechanicum based on extermination list but darker and early additions
Orindatus will be done!
No new Primarch rules yet.
Currently its a one off book but may be a trilogy
Might release some more shoulder pads for unreleased legions
No plans for BFG
No Titan, More Knights though including some which are new designs
No plans for agents etc. but may be show only models
Drake Seta