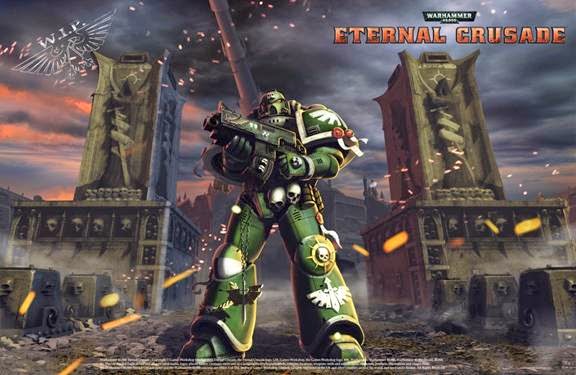 Behaviour Interactive’s Weekly Newsletter for Warhammer 40,000: Eternal Crusade uncovers the secrets of Arkhona
Montreal, Quebec, Canada – May 16th, 2014 –
Behaviour Interactive continues its transparency with fans in the latest newsletter on Warrhammer 40,000: Eternal Crusade. This week Ghislain Barbe, Art Director on the project, talks about what influences the classic Warhammer style as well as some of his favorite factions, and uncovers the lore of the planet central to the conflict: Arkhona.


“Arkhona was once home to an extinct Xenos species, but those were swept away during the Great Crusade. The Imperium established itself on the planet but the world was plagued with disasters upon disasters (some being closely tied to our storyline). Recently, in the wake of the devastating series of earthquakes, Tyranids have appeared literally out of nowhere, without a hive-fleet in sight (!) and spread quickly, killing all they meet. By the time the forces of the Imperium arrived, the planet’s human population had been completely eradicated. For some reason, others factions are now also drawn to this obscure backwater rock; Chaos Space Marines, Eldar and Orks. Death has come to Arkhona and it is ready for a second service.”