Over 3 Decades of Warhammer 40k? 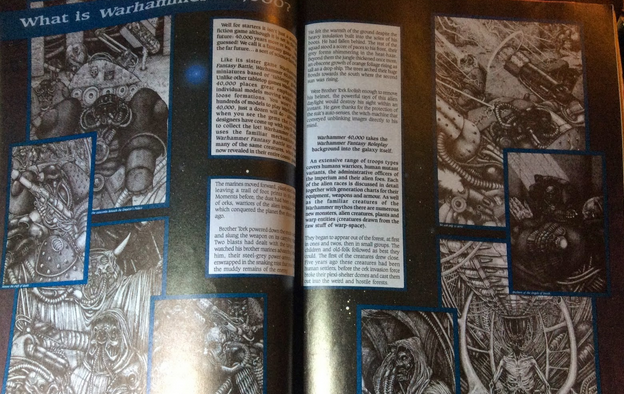 In this week's White Dwarf, there is a claim that can be found on page three that says "for more than three decades, Warhammer 40,000......." So just wait a second, has Warhammer 40k really been around for over 3 decades. I had first thought yes, that it came out in 1980, but I believe after some dedicated emails back and forth and some research by Derek, that 1985 was the first appearance of 40k. Of course it wasnt compiled into a first edition until 1987.

So How long has the game been going? Regardless it sure is fun to see these old pics of some of the earliest parts of the game.

Here are some images from those early magazines that Derek was able to dig out and show us. Clearly this is a lot of fun to look at these old images. As for the claim of 3 decades, unless Im wrong, its sounds like something was missed in editing. How about "For Almost 3 decades........."

via Derek Kimberely
I just checked, I don't have issues 91 or 92, (or have misplaced them) but I do have, is sure 93, ands the issue that released first edition in September 1987.

I found the Third citadel Compendium, I think it's from 1986 (early). It has no 40k figures for sale, but does have a picture of the very first space marine. I guess they were sculpting them from 1985 onwards, as I have marines with 1985 on their tags. You may use that picture and I can send more if you like, like a cover or something? 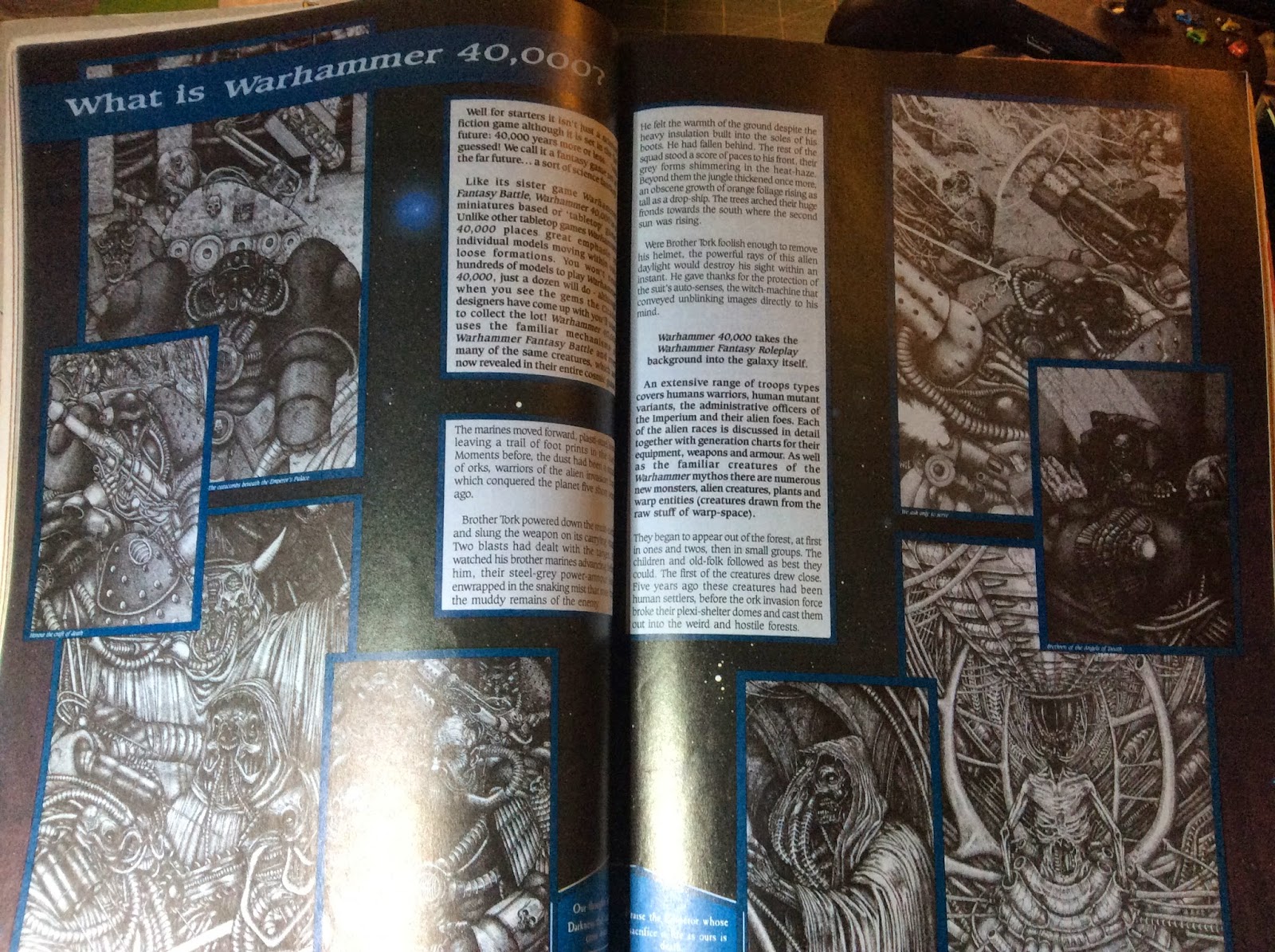 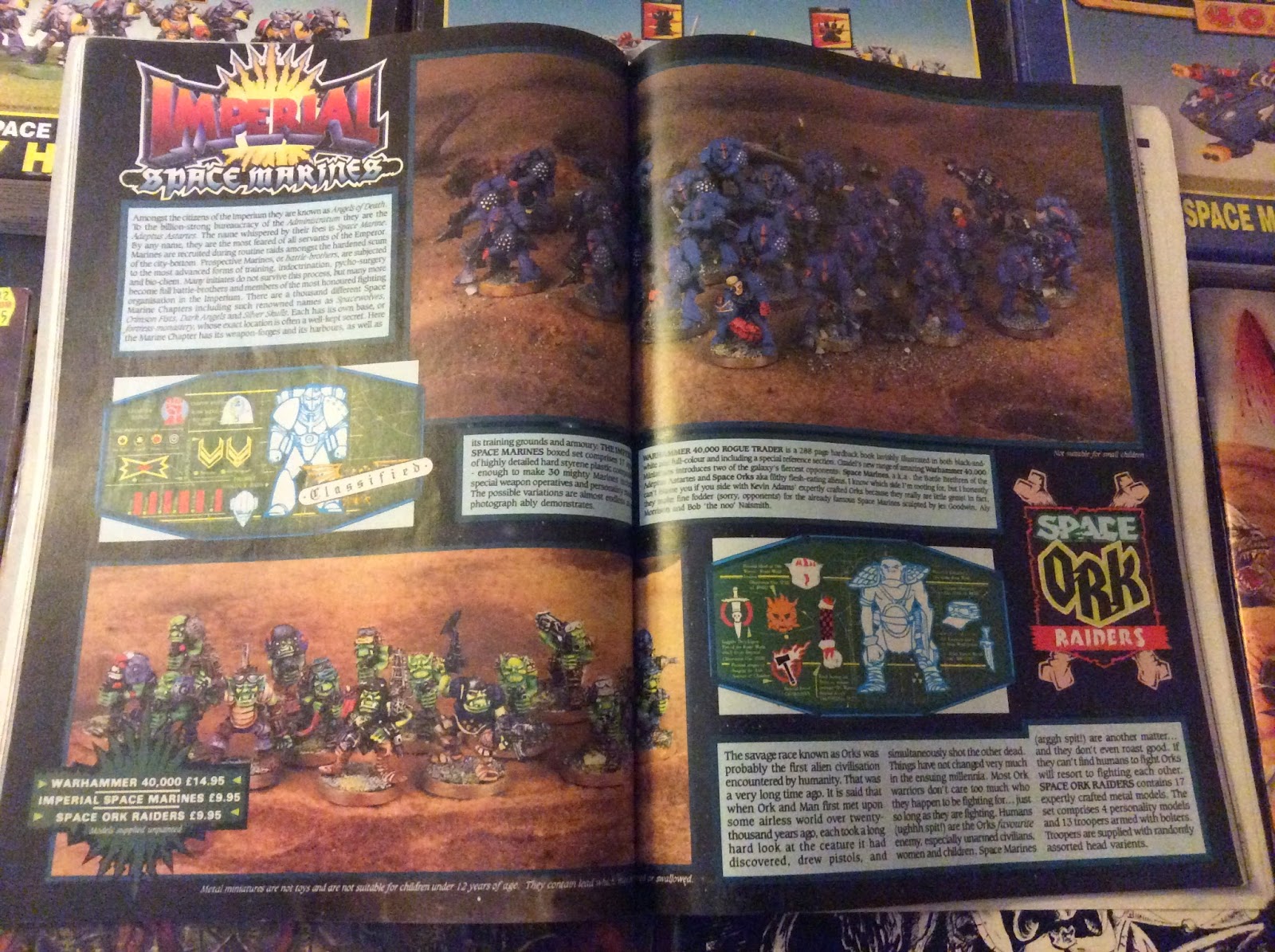 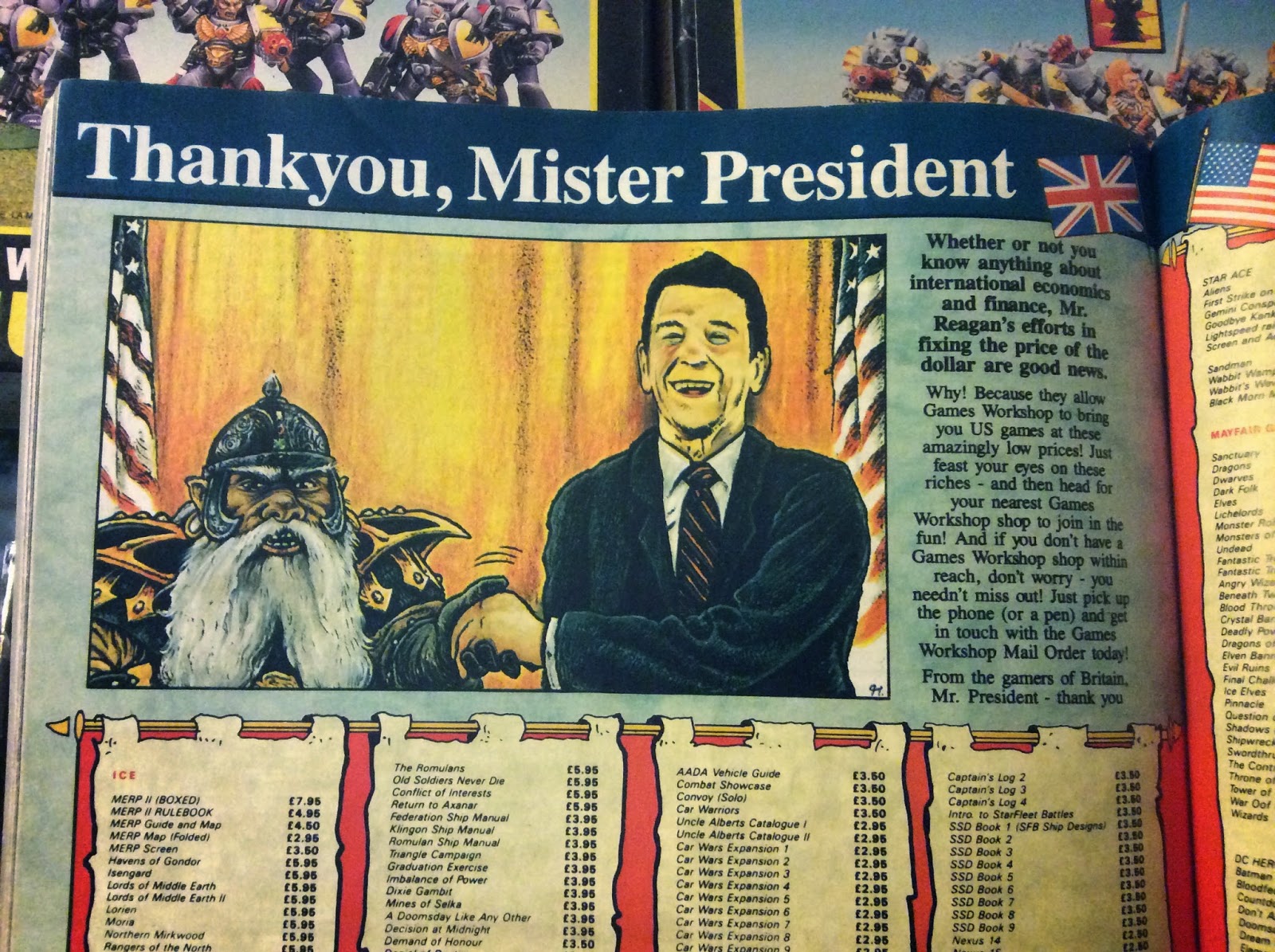 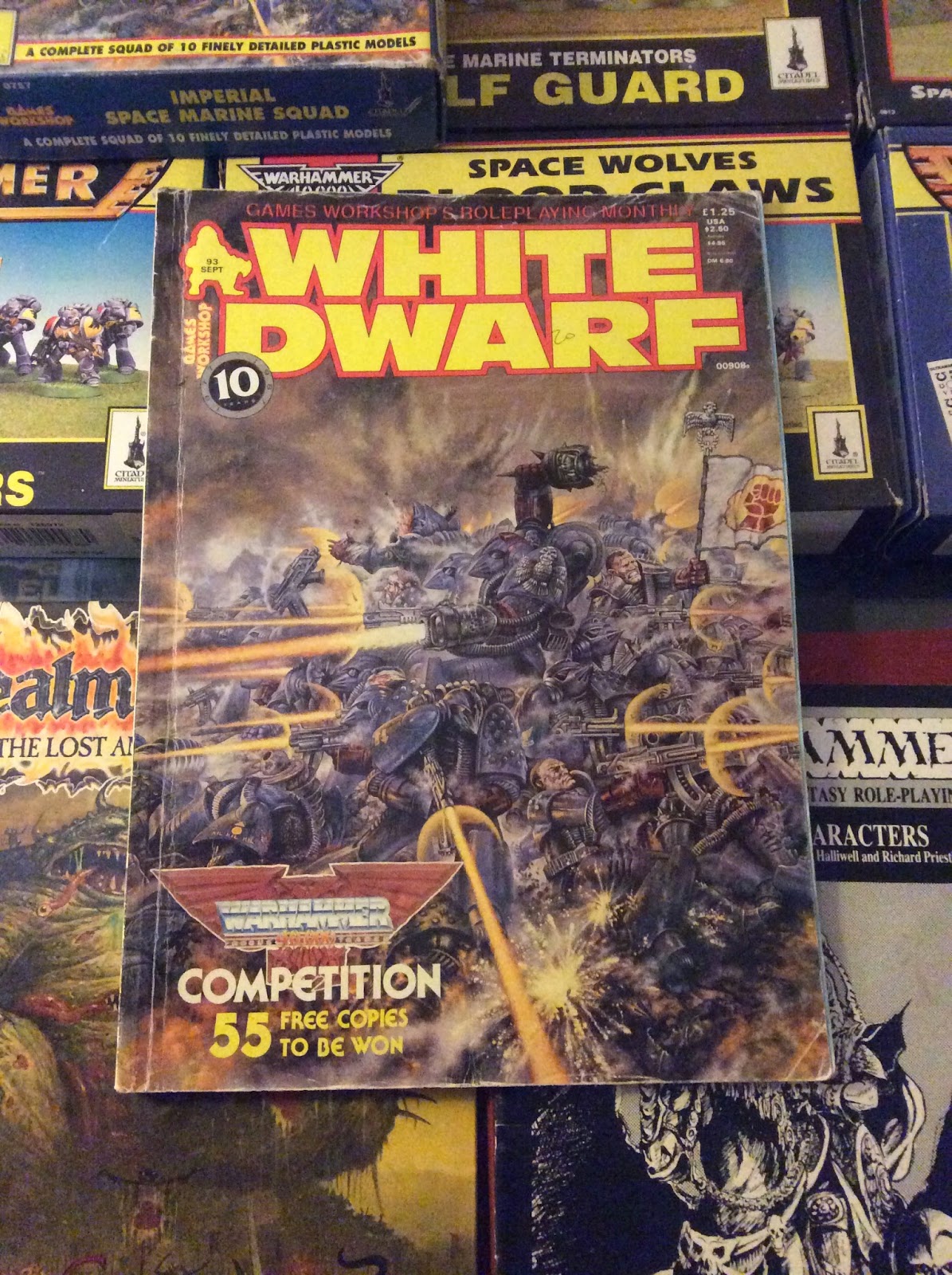 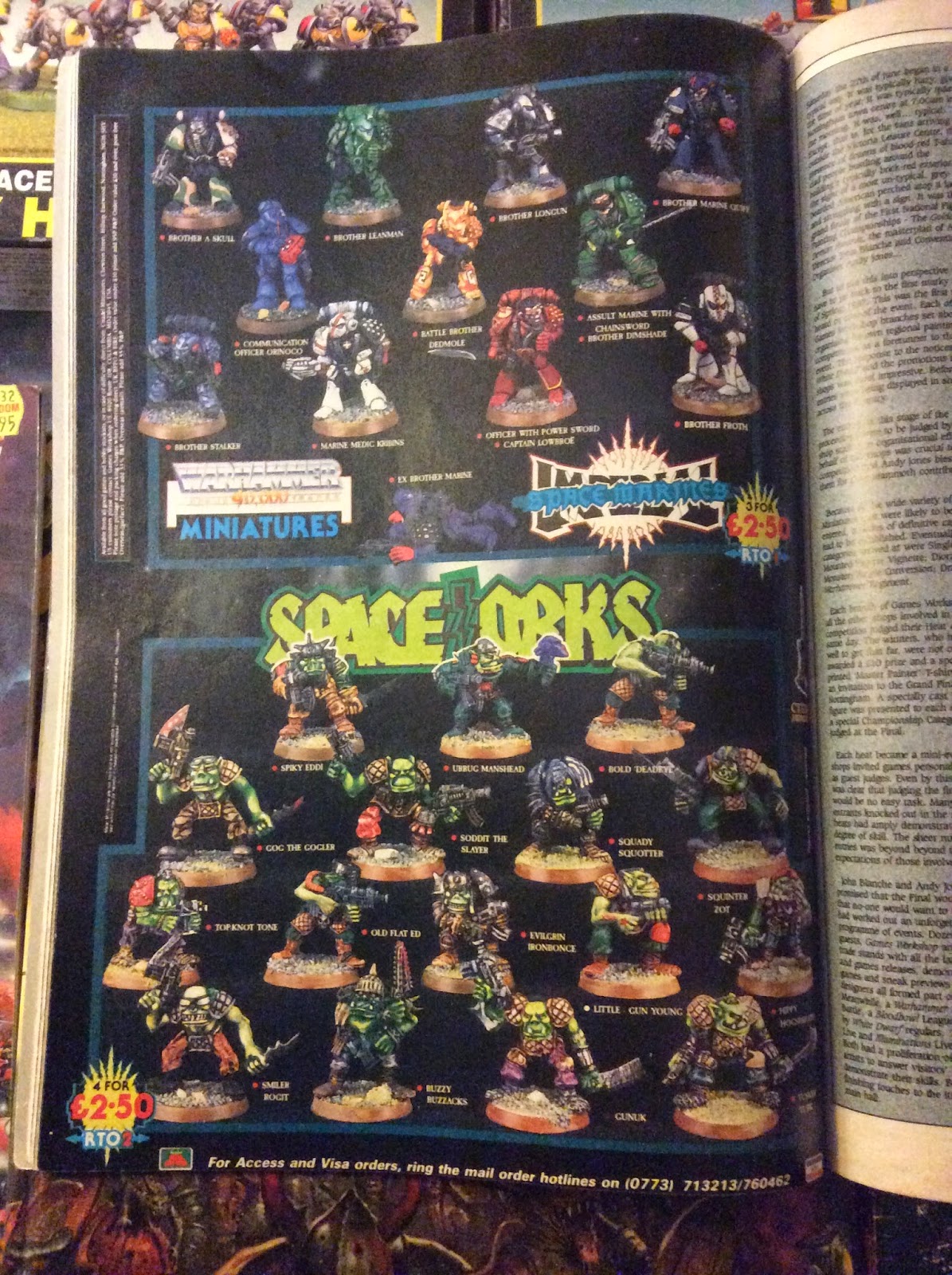