A Look Ahead at the Horus Heresy 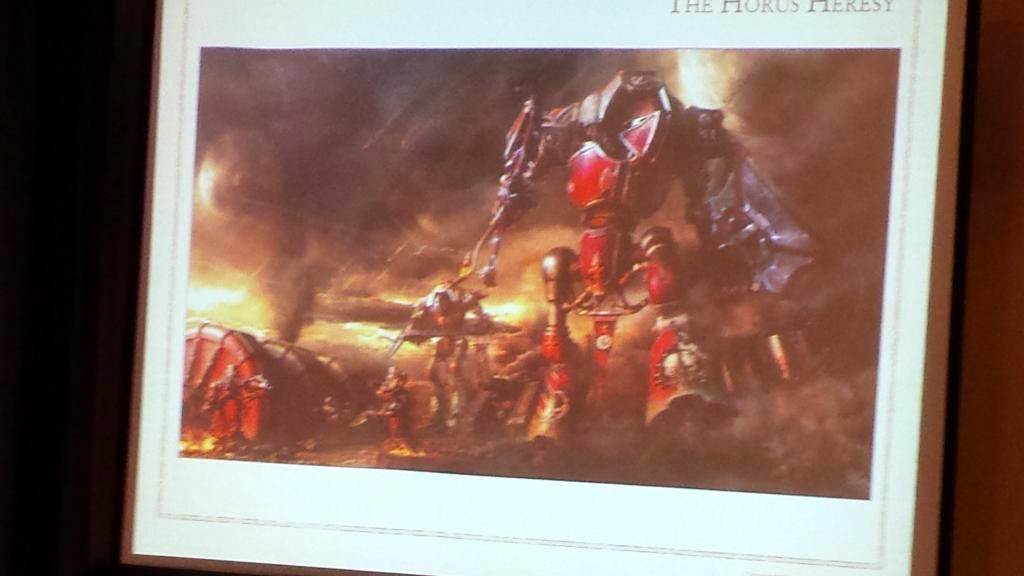 With the Horus Heresy Weekender now a thing of the past, a final wrap up looking ahead at the future of Forgeworld's most popular series is worth taking a look at.


Also here are some pics that were taken as well from the event, I believe by DrLove42 over on the Bols Lounge. 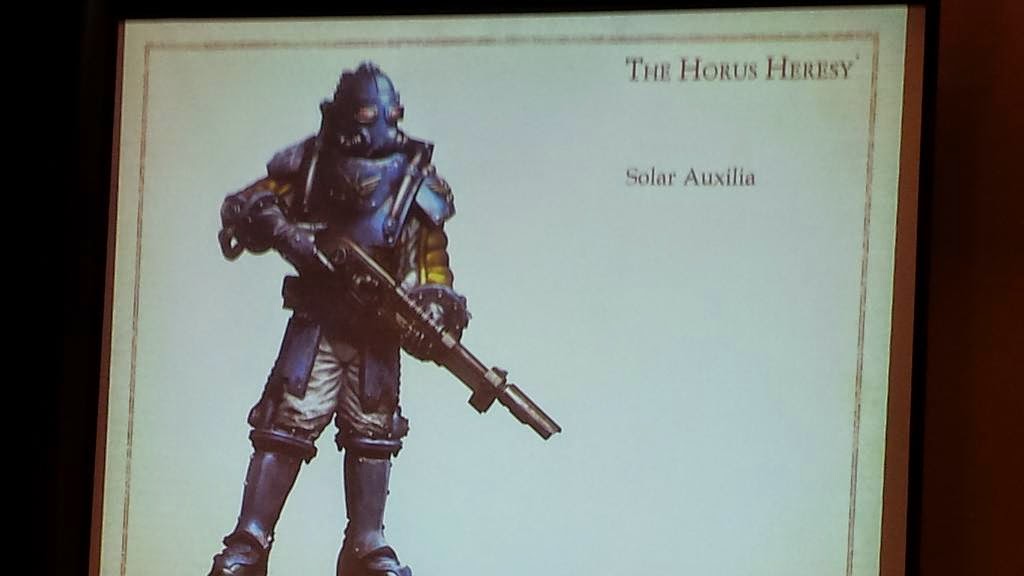 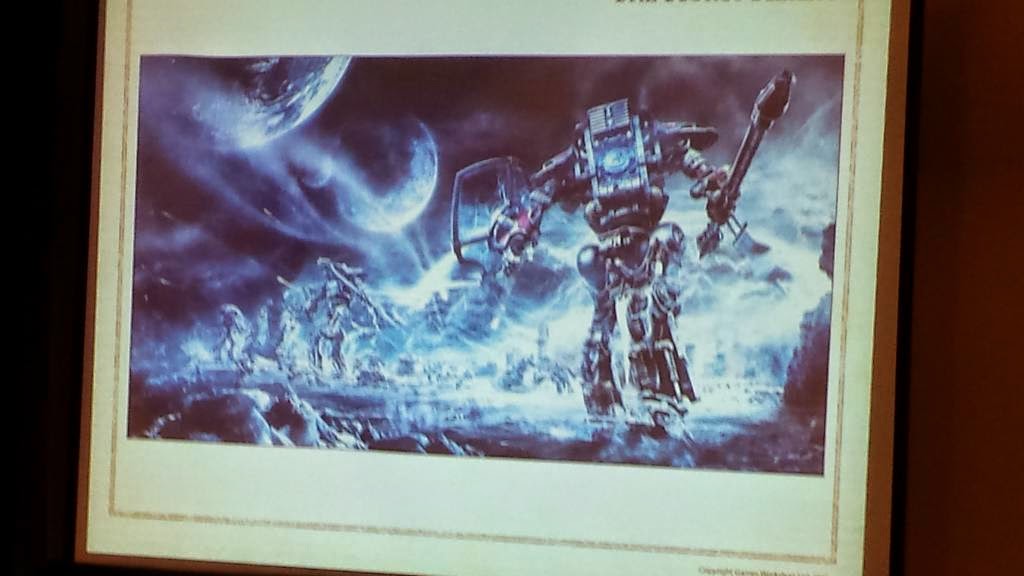 via DrLove42 over on Bols
Battle for Prospero
-Prospero is chronologically below Istavan.
-Prospero has been pushed back 1-2 years.
-Prospero is late because they need to do right by the four force. All the forces in the book are very unique with real challenges in rules and models.

-Vulkan is 2 - 3 months away!
-FW would love to do BFG again...but its a long way off and definitely an if.
-Don't expect Skitari anytime soon
- Expect other auxillary forces with future books, like Spire Guard for Prospero and Calth Defence (and Word Bearers cultists) for Calth
-They will never do Xenos in 30k. They say that all the time.
-Calth, Ultramar and the Shadow Campaign is likely next and may be more than one book.
-Mechanicus Knight Titan is in the works
-They've said they have reached about 50% of the series chronologically. Of the 14 years the Heresy lasts, theyre up to year 7-8.

Horus Heresy IV - Conquest
-Expecting Conquest by the end of this year, but likely not available at UK GD

-Will include rules for Knight Titan armies, Dark Mechanicus, a full campaign system and "toolbox" to create a lot of different games.Will also feature rules for Shattered Loyalist legions, different legions banding together after getting screwed by Horus.

-Book will also feature Legion Relics for lots of legions, including ones we've not seen. These aren't Heresy relics....these are relics of the Dark Age of Technology.

-The Dark Mechanicus won't be very different from regular Mech yet. Not enough time has passed for them to go full evil.

-They actually said this will be the least Mariney book of the entire series. They will be there, but won't get much new. Instead it will be Imp Army, Mechanicus and Knights taking centre stage.
5/20/2014
Natfka
40k, Events, Horus Heresy, New Releases, News Headlines