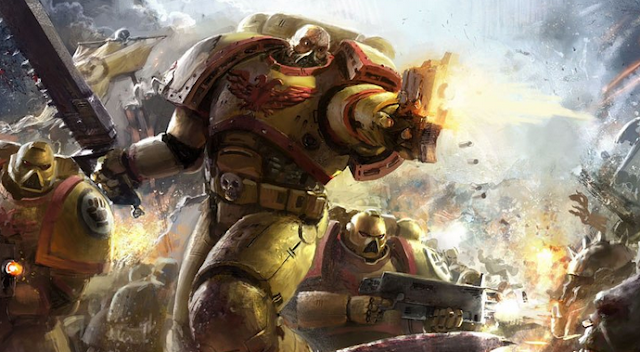 Forgeworld is stepping it up again according to the latest customer service emails. With some transfers disappearing from the Forgeworld site, they are being redone to higher standards. This is a good thing, and perhaps to the recent Games Workshop trend releasing sheets additional transfers.


via a Reader on Faeit 212
Another small bit of news for you, albeit already half-reported on. A
number of transfers seem to be removed from the FW website. After talking
with FW via email, It seems as though they are being redone to higher
standards and with more options but have no definite release date. There
was an image of a new Imperial Fists Transfer recently seen in the design
process, and they told me the Black Templars' transfers are also being
redone in the new style of the updated Ultramarine and Word Bearers sheets,
complete with banners. Combined with the recent pic of Night Lords
transfers put out over twitter by Lady_Atia, it seems FW is really doubling
down on the transfer sheet biz.
7/10/2015
Natfka
40k, 7th Edition, Forgeworld, Gaming News, News Headlines