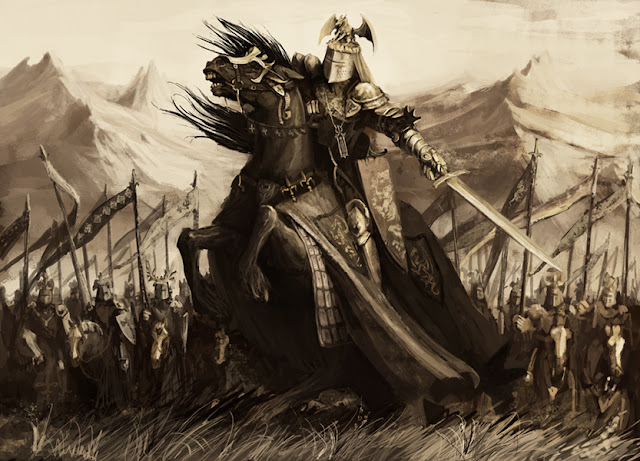 Its interesting that Bretonnians are still on the list for updates for the Age of Sigmar according to the latest rumors coming in. Its also a strong point in the following bits that the Warhammer Fantasy range will still be produced as long as there is a demand for them. I think it's apparent that the old model ranges will have a place in the game as we get further into it.

via an anonymous source on Faeit 212
He basically confirmed a few points and brought up some I've not seen
mentioned.

1) WFB was definitely dying/losing money, so had no future.

2) AoS is aimed at bringing in 40K players, and it is working.

3) Everything currently in the WFB range will not only still be supported,
but also still produced so long as there is demand and the moulds are fine.

4) Bretonnia in some form has survived, and will be distinct from The
Empire - he said that they'd probably be near the top of the list for a big
update. (I know Bretonnia is always 'coming soon' but he said that this was
something the had worried him personally so he'd sought answers.)

5) There is tons of AoS stuff already made and in the release schedule,
Stormcast stuff is just the tip.