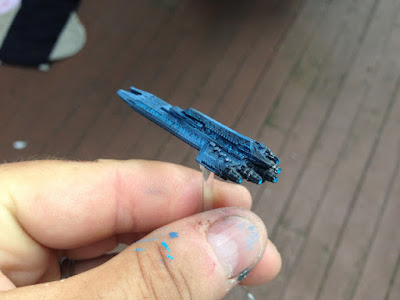 Dropfleet Commander is just killing me, that I have so little information on.... and the big news is dropping at GenCon. In the meantime, I have learned that the Dropfleet Strike Carrier that is at conventions and available is not the model that will be available when the game is released. 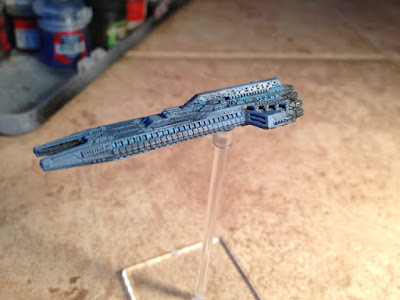 The UCM Strike Carrier is an event exclusive item that is only available before the game is released. When the game is released, a plastic/resin UCM strike carrier will be released, and I am told it will have movable parts. Why movable parts on a model that size? "Because Dave likes moving parts" is what I was told. Its quite possible that a resin strike carrier might have rotatable turrets or other moving parts. While this is not certain, its certainly a good sign of the detail and thought going into the new models for one of the most anticipated games coming soon.