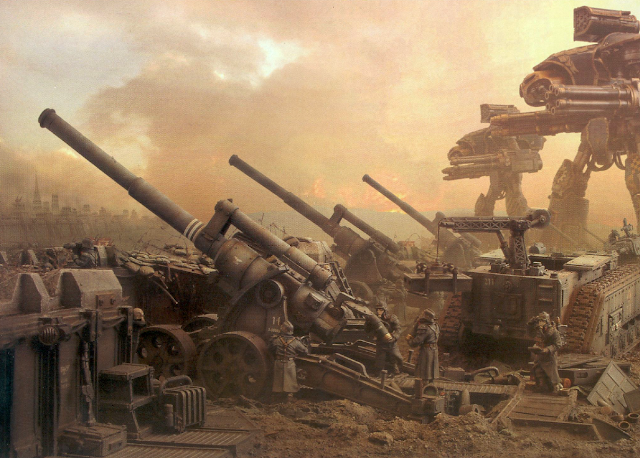 Armies get out of date quickly with release schedules like we have seen for Warhammer 40k during the first part of this year. With the releases for 40k very much dead in the water right now, updates from Forgeworld should have a chance to catch up with armies like Renegades and Heretics. Here are some answers from Forgeworld on some of the questions they are working on now.


These are via Nick, who has spent a lot of time back and forth with Forgeworld about these armies.
Here is the original link where you can follow more comments and responses from Forgeworld regarding these armies.
http://www.bolterandchainsword.com/topic/304162-ia13-vraks-2nd-faqerrata-from-forgeworld/


From Forgeworld
"Our rules team have come back to us with a work in progress errata document that will answer some of your questions. Some of your other questions, such as those dealing with the way formations work now in some of the more recent 7th edition Codexes, will require some further thought.

The Renegades & Heretics and Renegades of Vraks lists are intended to allow gamers to construct unique themed armies within the Battle forged framework presented in 7th Edition Warhammer 40,000. In many cases these ramshackle and ill-trained armies will not be ideally suited to a given battlefield and may find themselves at a disadvantage when matched against armies selected from codexes that represent true military forces – we hope gamers will embrace this challenge as part of the fun of playing such an idiosyncratic army and weave this difficulty into the narrative of their games.

Clarifications for using the Renegades and Heretics army with multiple Detachments
• In an army that features multiple detachments selected using the Renegades and Heretics or Renegades of Vraks army lists, only one Demagogue may select a Devotion and this Demagogue MUST be the army’s Warlord.
• An army may not include more than one character whose rules state he must be the army’s Warlord, unless his specific rules state otherwise. Note that a player may choose not to take a Devotion on any Demagogue in his army, thus allowing their inclusion alongside special characters such as Abbadon.
• No army may be affected by more than one Devotion.
• A Devotion confers the noted benefits on any units of the correct title and Faction across the whole army. For example, if an army includes a Combined Arms detachment and an Allied Detachment, both of which are chosen from the Renegades & Heretics army list, and its Warlord has taken the Bloody-handed Tyrant Devotion, then Renegade Infantry Platoons (for example) MUST purchase the Militia training upgrade and MAY take the flak armour upgrade.

General questions
• In many units the cost of additional models is not based on the apparent cost of the basic unit. This is intentional and not a typo.
• Renegade squads must choose between sigil/vox nets and special weapons. This is not a typo.
• When using the Purge Detachment it must be composed entirely of models from a single Faction.
• The Renegade Marauders entry was unfortunately omitted fro Vraks by accident – use the same profile from IA 13!
• The Krieg Siege list DOES NOT have any air support. This is not a typo.
• Renegade command squads may only have 1 special and heavy weapon per unit. This is not a typo.
• When returning units to play using the Master of the Horde devotion the units are returned to Ongoing Reserves, such units retain the Objective Secured special rule if they originally possessed it.
• The power drill uses the same statistics as a Lascutter."
7/23/2015
Natfka
Forgeworld, News Headlines