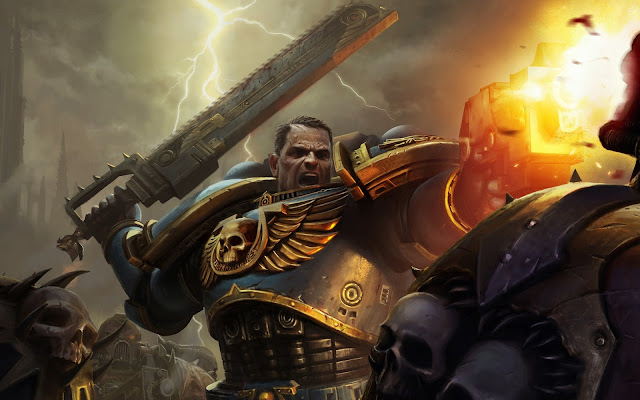 This community of ours can be often a very negative experience online, so as I was reading this email that was sent in to me, I was really hoping that I was going to be able to share it. We really do have an awesome community, and it does not share the news that often.

via a reader that wishes to remain anonymous.
A little while ago we were burgled and unfortunately my Wood Elf army and my sons Space Marines were stolen. They were in boxes and I suspect they were just grabbed on the off chance something valuable may have been in there. I posted to a Facebook group today (Warhammer and Warhammer 40k for sale or buy) to see if anyone could help out with any cheap marines they had laying around, old minis or anything they weren’t using so I could try and get the boy back on his feet with a few things. The response was absolutely amazing and the community really rallied around both in the UK and a few folk from the US, Europe and Australia! Suffice it to say there’s a fair few bits and pieces now winging their way to us to get him back up and running.

The reason why I wanted to raise this really is due to a lot of negativity thats doing the rounds at the moment, especially off the back of Age of Sigmar (which incidentally looks great for the boy and me, nice and simple, much like we have to make the 40K rules for him at the moment). The community gets a lot of bad press at times and I am absolutely blown away at how downright amazing everyone has been in helping me get an army back together for a young boy who’d lost everything he had barring one squad that was left out for painting. The response has just been incredible and really refreshing in the face of the constant negativity we’re getting elsewhere.

Not sure if this is something you’d like to mention but even if not I thought it well worth bringing to your attention as a beacon of positivity and just downright awesomeness from a GW community today.
7/19/2015
Natfka
News Headlines