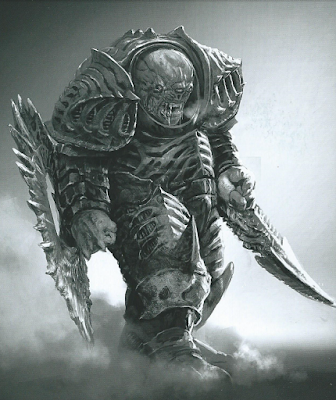 Perhaps this bugs me more than it should, because anyone and everyone that comes to this site knows I am a huge dropzone fan. The latest release though for the Scourge frustrates me a little, even though its probably because I am up at 1:00 am again working on models (not unusual).

The problem is with the new Eviscerators for the Scourge. The first glimpse of them was in the back of Reconquest Phase 1 where this massive Destroyer variant looked just wicked. Then came the renderings for the model which showed this massive new beast (an eviscerator) in a very passive pose. The rules I liked, but the pose just always bugged me on the rendering. 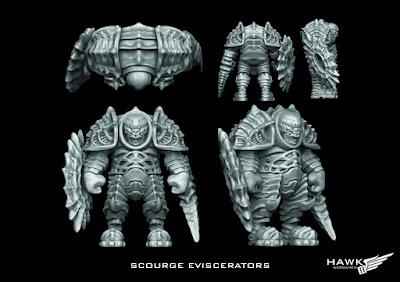 The hunched over standing pose still bugs me......

The models look nothing like that!!!!!!!!! The actual models are in dynamic poses and look amazing.

Look at this.... yea, I am putting 4 squads together tonight. These guys look like their rules, and ready to rip apart anything that crosses their paths. 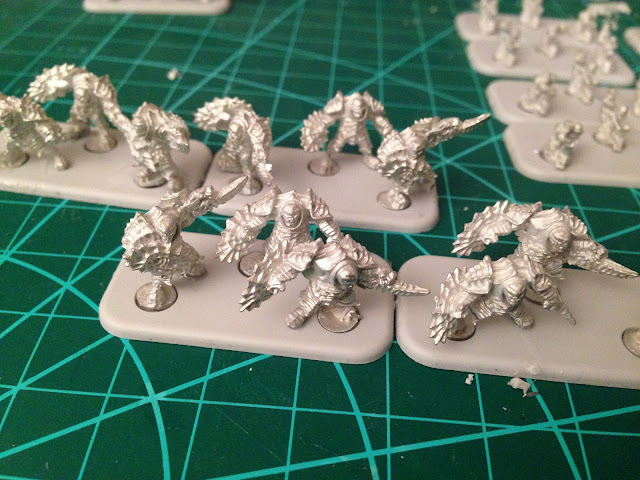 Now model wise, they are great and easy to put together. Once I got going on them, I was worried about a possible weak ankle syndrome, but that did not end up being the case.

Now the UCM Mortar Teams... yea I went a little crazy, but that's normal. The models are much more represented with the renders. These guys are going to go nuts later tonight when they face down the PHR.

So anyways.. here are some pics of the latest Dropzone Models that I have under construction on the my work table. 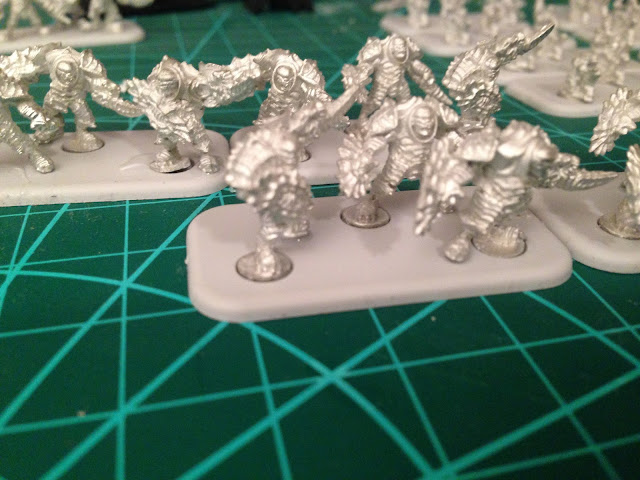 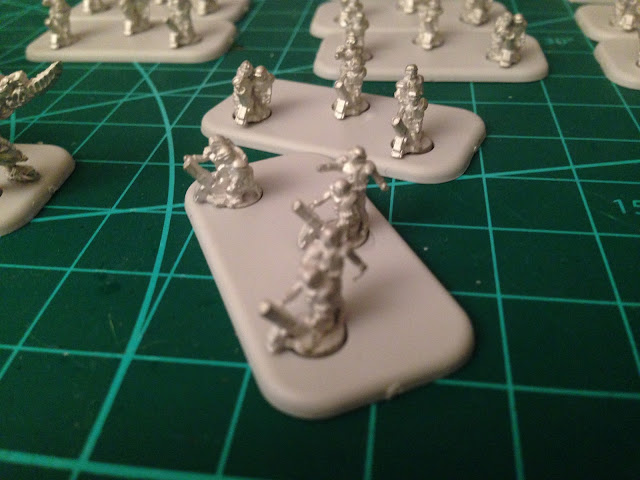 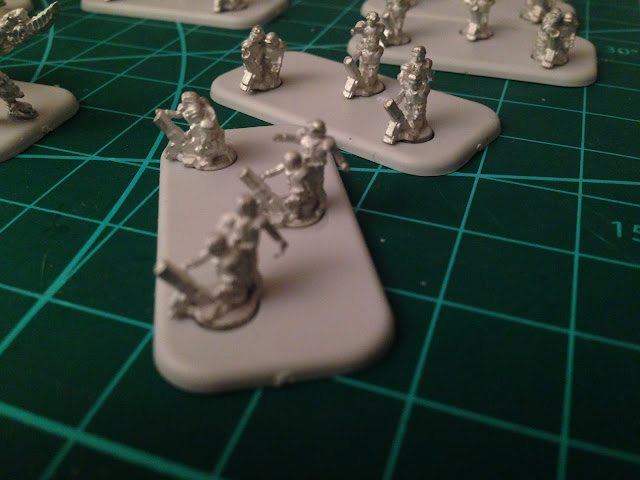 I have some more models to show off later. Shaltari Ronin, PHR Longreach Teams, and yes, the Dropfleet Avenger model.