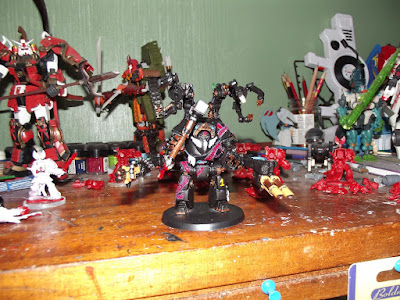 While casually thinking about space marine dreadnoughts and the roles they fulfill and perhaps inspired somewhat by the librarian and chaplain dreadnoughts I have seen I decided to try my hand at converting a techmarine contemptor dreadnought. A few rough sketches and some digging in a bitz box later I had my answers.


Based on Forgeworlds raven guard comtemptor dreadnought with the addition of a dreadknight daemon hammer this had extensive modification performed to give it a dreadnought sized servo harness. The servo harness itself is made from a mix of parts which I shall now list, the lower servo harness arms are made from an old metal sentinel kit, the multi melta is taken from a leman russ sponson part, the twin linked lascannon is taken from a storm raven gunship these are linked onto the chassis of the dreadnought via some sentinel leg connectors. The upper servo harness arms are made from modified sentinel leg components one claw is made from two sentinel chainsword close combat weapon parts and the other is made from more spare storm raven gunship parts and the finger parts from the claw that was ordered with the dreadnought.

I do still intend to add a skull/the spare admech symbol I got from the knight sprue to the right hand shoulder to finish the look. 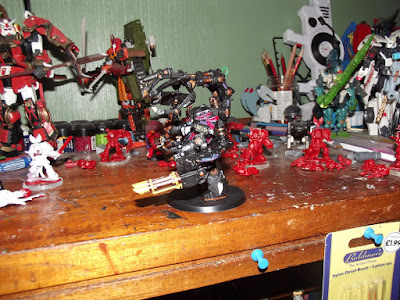 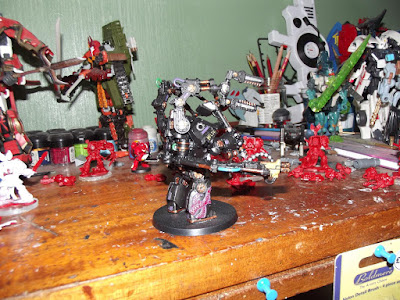