The Death of the Codex? 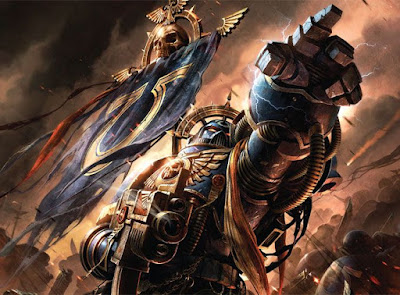 A thread on Warseer brought up that Codices would be dead in 2 years for Warhammer 40k, and a lot of panic has happened because of it and who said it. Since the article was about what Hastings has been talking about, I thought it appropriate to post up his responses to this (since rumors tend to get misconstrued the more they are told)


Is the codex going die? It seems so, and that the company will be focusing more on models than rules. Does fit with the Age of Sigmar releases we have seen. Less rules, more models?

via Hastings on Warseer
I have said I was told that Codexes (Codices? how the hell do you do the plural of Codex anyway???) would be gone within 2 years. That might mean the rules for each unit are included in the boxes/free on the net/wd etc.

I do think that 40k rules will become more simplified, why? because GW don't want to focus on making games systems/rules anymore, they purely want to sell models. I do not doubt for one second that they (the main 40k rules) "COULD" become like AoS, but that is my personal opinion, and as I openly said that was me jumping to the conclusion based on how easily they destroyed their longest game world in favour of making more money.

I think rather than being of any use at all this thread is purely scaremongering and misleading. The death of the codex doesn't mean the end of 40k, the death of the army book in WFB was because AoS had ALREADY killed WFB, and AoS had no place for army books.

I could send you PMs over 3 years old discussing the demise of WFB would that suit? In fact if you care to look you WILL find discussions on the fantasy threads about the demise of army books and rolling them into smaller groups of armies (i.e. order, Destruction etc.) think they were by Harry though as well as myself.

Having known MANY people at GW for MANY years I can tell you without any shadow of doubt that things two years out are not unknown quantities to some members of GW. When I was right in the thick of the rumour mill some years back the occasional eagle eyed viewer might even have seen unreleased models in the background of pictures on my painting logs MANY MONTHS before they were released. I was sat happily reading the WoC army book 5 months before it was released, almost 6 months before for the O&G one, so please don't figure to assume that no one knows anything and they're just fishing, some people know a great deal, what they chose to share is entirely different.

Seriously GW don't do things on a whim, whatever is going to happen to 40k WILL already be well progressed, just no-one hears about it until the last minute.

Also not to be picky but my original post say WITHIN 2 years.