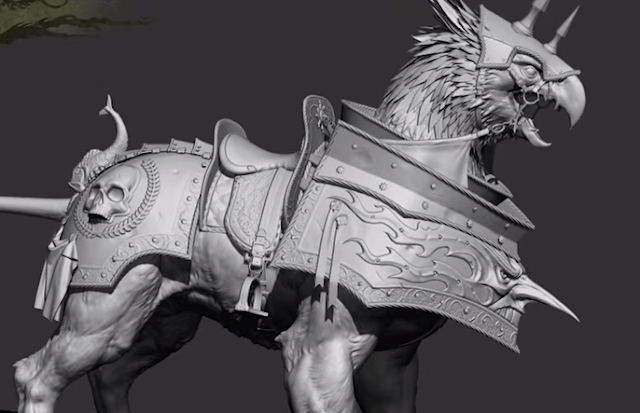 The game is moving along just fine after looking at this video; Introducing Demigryphs. Also a new trailer with in game footage will be released Friday the 17th, only a few short days away.


via TotalWar
The series kicks off with the magnificent and ferocious Demigryphs.

Part lion and part eagle, these noble monstrous cavalry are ridden by only the most renowned knights of the Empire. Clad in ornate plate armour, their densely muscled frames enable them to thunder into combat, tearing their foes limb from limb and spreading fear among the enemy ranks.