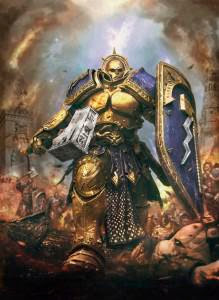 There has been a set of AoS rules being used at a GW store that is set to be tournament ready, and this could very well set the tone for how games are going to be in the future. The interesting part of this..... is that from what I could find the store has edited their page, and their pdf being removed. Well lucky for us, Larry at Bols had what was up before it was edited out.

Here is a link to see the rules yourself (link on the Yonge and Lawrence FB page not working)
https://www.dropbox.com/s/y9vvb7nlhx4pwgr/Age%20of%20Sigmar%20Errata%20and%20Scenarios.pdf?dl=0

There is also an AoS event at Warhammer World planned. I wonder what that event will look like.
http://warhammerworld.games-workshop.com/2015/07/11/age-of-sigmar-event-news/
Warhammer Age of Sigmar Campaign Weekend Sept 19-20th

This was posted by Larry Vela, but I believe was edited to what you see there now.
http://www.belloflostsouls.net/2015/07/age-of-sigmar-competitive-rules-doing-the-rounds.html

As promised here is the full errata and mission pack we will be using for this Sunday’s Age of Sigmar Tournament!
The Tournament will be at 50 Wounds, so plan accordingly and keep the missions in mind!
Everyone will need to bring in a Banner on a 40mm base (even if it is unpainted) in order to participate. But don’t forget that there is a Banner Painting competition as well on Sunday for extra prizes!
It’s almost as if we knew in advance what the missions would look like … dun dun DUN!!
Army Composition
Games are recommended to be played at 50 or greater points.
For every 25 counted wounds you may take:
– 4 Warscrolls
– 8 Wounds of models with the Hero keyword (only 60% can be spent on a single model, rounding up)
– 6 Wounds of models with the Monster keyword
– 6 Wounds of models with the Warmachine keyword (note that crew Wounds are stilled paid for, but they themselves do not typically have the Warmachine keyword)
– All models with 10 or more wounds must be from the same Compendium
Regardless of Wound Totals
– All named Heroes are 0-1 choices and may not be taken multiple times.
– All unnamed Heroes are 0-2 choices and may not be taken more than twice.
– Models with both the Hero and Monster keyword count against both allowances (and may therefore by limited in some games if only allowed by one of the two categories).
– When a model receives a Wound through an upgrade (for example Blight King Champion upgrade), the bonus is not counted towards your army’s total wounds.
– When a unit exceeds 10 models, receive 2 models for each one purchased with wounds.