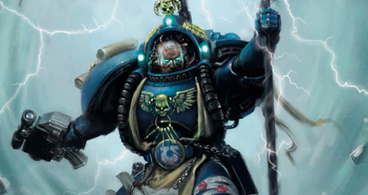 Space Marines psychic powers getting you down with the digital version of the codex saying one thing, and the paper version saying something else? Well lets get it straightened out.

The question is this.... The Space Marine codex allows Marines to use daemonic powers, but the digital version only allows Santic powers. Which is it? GW answers.

via a reader on Faeit 212
The Question
The new paper space marine codex allows them to cast daemonic powers but in the digital codex is says only santic powers, not all. Please let me know which has the typo/omission. Thank you for your time.

The Answer
The paper version is indeed correct. there will be an update for the E-codicies that will cover this off in the future. Good spot, I have passed this back to the digital team.