Home » »Unlabelled » The Strength of the Hobby

The Strength of the Hobby 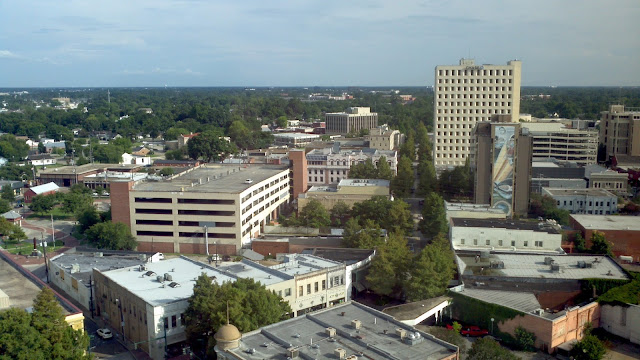 Lafayette, Louisiana last week was the location of a violent attack at a movie theater. While the news literally has already blown through its coverage of the event and has moved on, what sticks around is the effects of the violence on the people that live there. I have been talking to one such person behind the scenes, and he wanted to share some of his thoughts about what this hobby literally means for him, and the gamers of Lafayette.


A quick warning to the comments. This is a hard time for those with connections to and in Lafayette. Please keep the political saber rattling out of the comment sections. This is about the hobby, and heartfelt wishes to those that are there, and still going through the grief and healing.


An excerpt from emails used with permission.
The weekend certainly did provide me some room to breathe.  I consider myself to have two hometowns really, Aurora and Lafayette.  When Thursday night happened, it was the second time I had to grieve because of a theater shooting in my hometown.  It was just a "whole lot of suck" as I explained it to others.  Things like that make you question playing shooting video games and tabletop wargaming because it's about bringing death and destruction.  How do you justify that when such a thing happens in your city?  Ya know?

Believe it or not, playing 40k this weekend helped me.  I lost myself in the game, lost myself in the hobby.  I was once more the commander of my troops on the battlefield and used tactical wit and acumen to lay down a storm of hatred (loosely since my opponent is a good friend of mine) upon the xenos filth that dared oppose me.  It was powerful to do that because it made me forget about the pain and the hurt while I was telling a story.  The act of being with my fellow gamers, in a group I and said opponent founded called Lafayette Battle-Brothers, made me completely let go of all of the grief for a while.  The game became the second thing to really shake me from the malaise that I felt, the first being my friends and their support.  The game became a means of escape, and I doubt I was the only one to feel that way this weekend.  There is power in that, especially when the hobby community is there to help one another in times when the community as a whole hurts.

I spent yesterday working on a commission for an Imperial Knight for a friend, and that itself also took my mind from it.  Sometimes I drive my wife nuts with the hobby because I have a tendency to over talk it to death, but this weekend showed (as she has admitted before) that it is a good outlet for me and our friends.  And this time, it was part of a healing aspect.  I've learned to never discount what a hobby can do for you, and like I have long known, what the brotherhood of the hobby can do for you.