This is Our Hobby: It’s Not Easy Being Fluffy 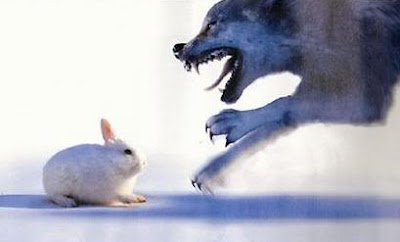 Spend five minutes in discussing our treasured game with fellow players, and you’ll hear all the advantages some armies have over others, which units are overpowered, and at least three unit combinations that absolutely punish players on the other side of the board. You’ll also probably hear the words “competitive” and “tourney worthy”.

Somewhere along the way, the rich lore of Warhammer and Warhammer 40,000 gets shoved in the background to make room for players’ battle plans and their constant pursuit of tabletop superiority. Where one may have been drawn to buy their first box of Eldar Guardians because of their slick armor and saddening fall from grace, now they only pick up kits that counter another player’s flyer.

It’s kind of sad to see a game steeped in well-written narratives become little more than a self-painted first-person shooter. After all, the stories of the northern tribes vying for the favor of their dark gods have probably inspired more players to collect a Warriors of Chaos army than a hot shot bragging about how many wins he’s garnered with his models. So why take the story out of the game?

Playing a themed list, or “fluffy list”, is a great way to live the same kind of stories hobbyists devour in paperback form. Instead of looking at which units are strong and weak, fluffy lists follow what the player actually likes, and just as importantly, what their general would take to the field of battle. With just a small change of perspective, army building becomes a joy instead of a calculation, and all sorts of doors open for collecting, converting, painting, and playing.

Not too many Chaos Lords take Warp Talons in their games, or Mutilators, for that matter. Shame, since these models are probably some of the coolest of the range. So toss out competitive out the window. What does it matter if they’re less-than-game changers if your warlord is an Iron Warrior striving to meld man and machine? Now all of Games Workshop’s amazingly sculpted models are at your disposal, ready to make war to further their goals. And they’ll look awesome in the process.

Tip: It’s usually best to start theming your fluffy army by thinking about your general and his background. Maybe the Empire general is from a land renowned for its expertly-trained swordsman and a history of glorifying Sigmar in all things. Sounds like a great reason to pick up some Greatswords and Flagellants.


Painting
Nothing pulls an army together better than little details. Doing the basics is simple enough; pick a force and paint to match. But it’s the little things that turn a well-painted army into a force full of character, and can be anything the player can imagine. For example, maybe before joining the ranks of the Longbeards, dwarves must earn their place by slaying a goblin with his bare hands and take a piece of their cloak as proof. Paint a patch of their tunic that resemble a black piece of cloth sown in, and behold, the unit how has a story to inspire it to greater heights of ferocity. Or maybe Guardsmen who have served with distinction are awarded relic lasguns plated in gold (coincidentally, this is also great for starting conversations with opponents and other hobbyists). Be inventive!

Tip: There is no wrong way to infuse character into your force. The great thing about this hobby is you can make it your own, so if you can think it up, it’s valid.


Converting
Probably the single greatest thing about theming an army is how much freedom to convert it gives you. Choosing to make a new Dark Angels army into a Guardians of the Covenant force affords its captain the chance to add books and scrolls to models, to exchange backpack vents for flaming braziers, and carve the Imperial Eagle into marines’ foreheads. Creating a Vampire Counts army that feeds solely on werewolf blood opens up numerous sculpting opportunities, such as gifting counts with canine features and replacing ghouls with resurrected man-dogs. One can even go simple and have their Ork army have a particular vendetta with Dark Eldar by piling them atop looted raiders and heaps of agile bodies. All of the sudden, bits boxes become treasure troves of opportunity, and a particular idea is only one Green Stuff sculpt away.

Tip: If you’re not that great working with modeling putty, consider asking friends and fellow gamers about bits that might serve your plans. If your dragon-hunting Tau need lizard cloaks to represent their kill, a Dark Elf corsair cape could be easier than creating one from scratch.


Playing
This is a double-edged sword, and arguably the hardest part of running a fluffy list. On the one hand, the army is full of character and a lot of fun to play, as the story is more important than a win. Unfortunately, it’s also probably lacking a few of the tourney combinations that ensure success. The trick to running a fluffy list is simple; go to have fun. A loss isn’t the worst thing as long as you have fun in the process. Now that isn’t to say that fluffy lists will always lose, but they definitely will need clever tactics to win. Instead of relying on a killer combination, look at your opponent’s side of the board; see what he/she is bringing, and look at the terrain. Most importantly, stick to a game plan. If your army is all about objectives, make sure you don’t get sidetracked by bait targets. If your heart craves slaughter, press the attack while your opponent works to keep objectives from your grasp.

Tip: Deciding which course of action your general would take is a good way to structure your battle plan. A general that loves close assaults can ensure no opposing forces takes a board objective by timing an overwhelming charge. Don’t let your opponent’s army distract you from what your guys do best.


Conclusion
Audiences rarely go to movies to brag about seeing it before their friends, and people rarely read books to boast about how many books they’ve read. Refocusing your hobby endeavors on the story behind the models can infuse the game with newfound life, bringing back all those feeling of excitement that drew you to the game to begin with. Now go forth and write your own story.

Clinton Brad McKay has been rolling dice since first opening up HeroQuest as a boy. He started Warhammer 40,000 in 1998, collecting numerous armies and reading dozens of books. Currently he plays/collects Black Templars and Alpha Legion Chaos Marines, with a Disciples of Caliban ally force waiting in the wings. You can read about his projects and other incoherent rants at his hobby blog, www.nerdstodolist.wordpress.com.