A Correction from Yesterday: A Misplaced Word 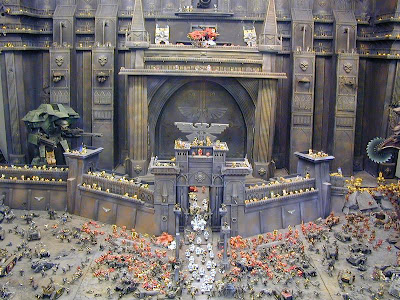 Yesterday I posted up a rumor regarding an apocalypse rumor that was sent my way. "When I received, it was all in one paragraph, so I decided to just rewrite it, and in doing so (I normally dont rewrite rumors but was trying to make it much easier to read for everyone) created an error from what was told me. This is the now the second time I have made a mistake like this in the life of the blog, but I thought it was important enough to correct it.


Basically what I added was the word Forgeworld to the rumor, when it was not in the email. The only excuse I can give is that I made a mistake in it, is that I tend sometimes to type faster than I am reading, and my fingers fill in the gaps.

I did correct the original post though, rather quickly I thought, but I underestimated how fast things spread from here and how many people actually read this site. (I still always feel like I the site is hidden away in its own little corner of the web with only a few readers.

So I apologize for the mistake, both to the source, Jon, and to the readers that got the information before I corrected it. In the future when re-writing rumors for an easier read, I will take more care, and fire the editing team.

Here is the rumor once again the way it was supposed to be read. Once again I apologize for adding the word forgeworld to the rumor.