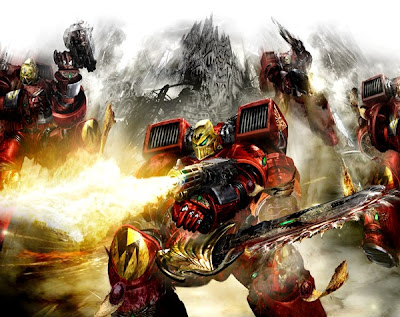 Getting back on track with the pics of the week, I thought I would start off again with the iconic Blood Angels. They are just not at enough gaming tables at the moment, and in 6th edition they do have some unique tactics and abilities that I wish that I would see more of on the tabletop.

I am going to be expanding upon how I do the Pics of the Week, and include models done in the theme of the pics. Perhaps some inspiration will come of it. Artists of course are in the pic file name for credit. 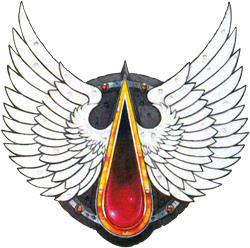 Blood Angels via Warhammer 40k wiki
The Blood Angels are one of the 20 First Founding Legions of the Space Marines and were originally the IX Legion before the Second Founding broke the Legiones Astartes up into 1000 separate Chapters. They are well-known across the galaxy for their bloodthirsty nature in battle, and feared for the curse of flawed gene-seed they carry. The Blood Angels are amongst the longest-lived of the Adeptus Astartes, with some of the Chapter's Space Marines having served the Emperor of Mankind for over a thousand standard years. Thanks to recent events, the Blood Angels' numbers have been severely depleted. Under the threat of extinction, and in order to quickly replenish their numbers, the Blood Angels were forced to ask their kindred Successor Chapters from subsequent Astartes Foundings for a tithe of warriors from the related Chapters' pools of Neophytes, their candidate Space Marines. With these tithes of new recruits, the Blood Angels were able to replenish their losses, though they still face a time of trial like none the Chapter has known since the days of the Horus Heresy. 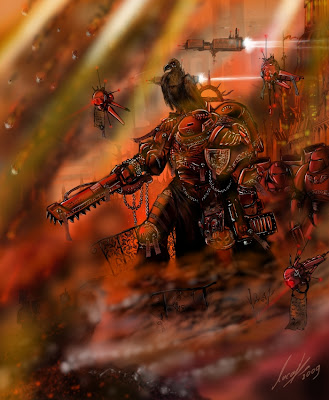 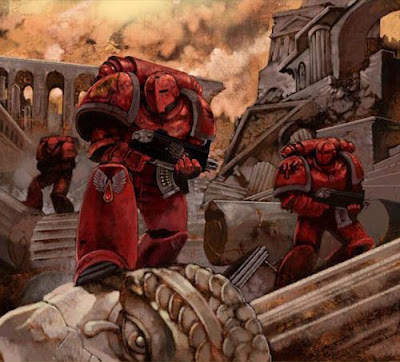 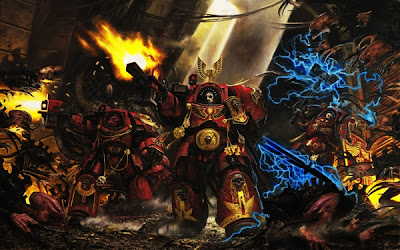 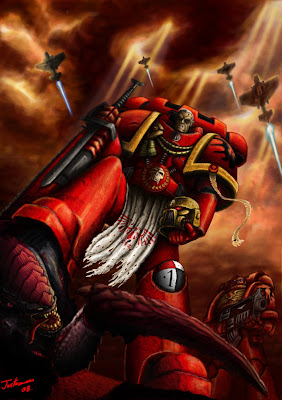 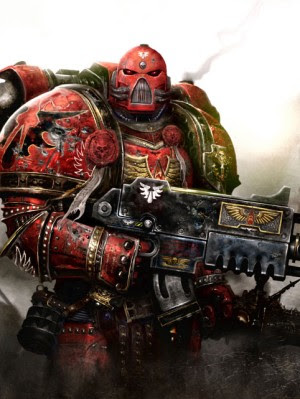 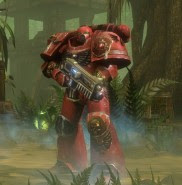 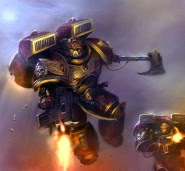 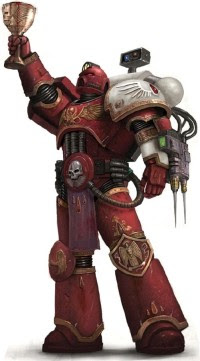 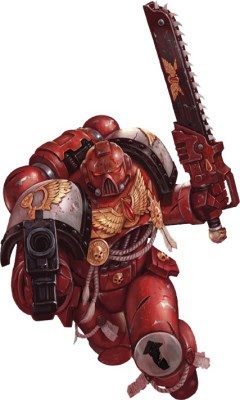 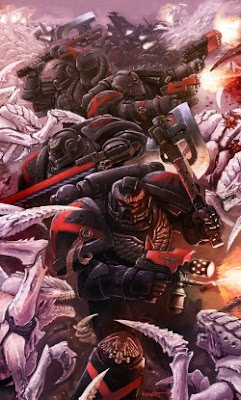 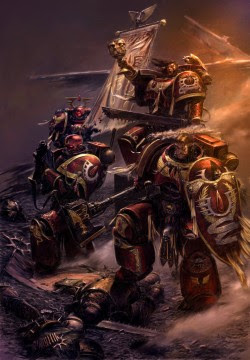 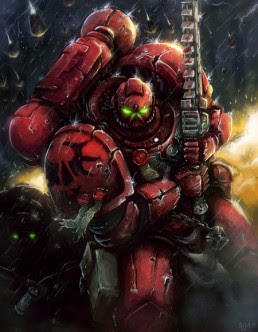 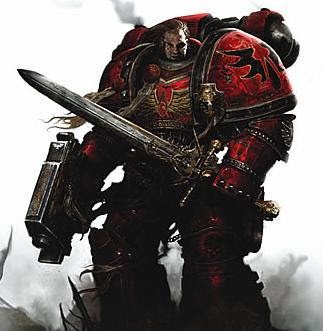