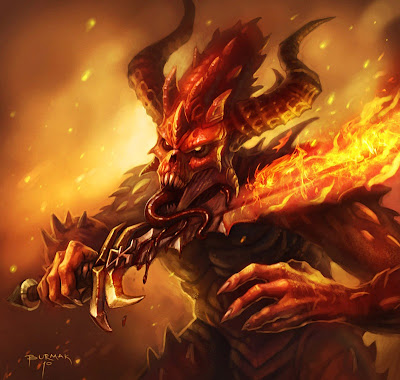 Chaos Daemons should only be a few short weeks away from leaking information out on their release. With that in mind, here some rumored information regarding what will be coming, as far as waves of models goes.


via Stickmonkey via Bols
Overview and Schedule
The Chaos Daemons release slot as last time around is a dual system release, updating the repsective armies for both Warhammer 40,000, and Warhammer Fantasy.  There are a large number of models to be released as well as both books, so look for it to get broken up into 2 waves at least - with the lower possibility of 3 waves.

Look for the initial wave next month, and follow up waves a quarter later.   That would put the first wave in March and the followup in June.  Note however that Games Workshop has this thing for releasing Daemons in August - so that second wave might slide a little.

In any case, onto the waves themselves: