A Class Act: How to Handle Death From the Skies 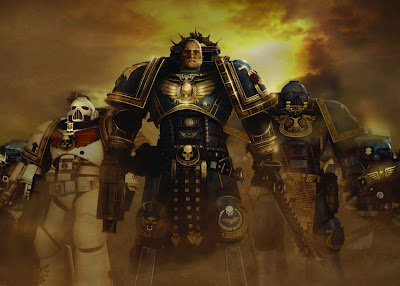 There are a lot of people unsure of how to really handle Death From the Skies. Really?, its not that difficult as Mike Brandt displays for the Nova Open this year.

Earlier today I posted up the response from some independent retailers, and while I sympathize with them, I do hope they look to what Mike has said below. We are a hobby and a world wide community, so rather than banning or limiting the usage of published material, just allow the rules used within. I understand that need for bringing your codex and related faqs to the tournament, but a print out of whatever else you need should be fine.

Please visit his blog Whiskey and 40k to get more information and join the comments. Here is what was said specifically about Death From the Skies

via Mike Brandt at Whiskey & 40k
How to Handle a $30 Direct-Only "Errata" as a TO
So, Games Workshop released its Death from the Skies booklet, changing rules for several common and popular fliers in the game of 40k, adding them to codices, and only selling it direct order ... plus, selling it.

The NOVA will be handling this by incorporating the new rules changes into the NOVA FAQ. You will not need to own a copy of Death from the Skies or an IPAD in order to use the new rules. Because that would just be terribly inconsiderate toward a customer base.