Home » Rumors » GW Looking at the Game of Thrones?

GW Looking at the Game of Thrones? 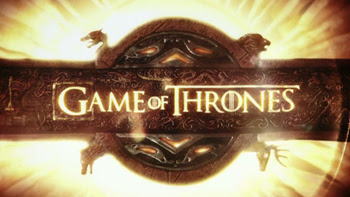 Is Games Workshop looking at the Game of Thrones licensing for a tabletop game? I am going to first call this bit to be way out in left field. Especially since the Hobbit is going to have a few more years of inspiration with its movies.


For those that do not know, the Game of Throne HBO series is an adaptation of A Song of Ice and Fire, George R. R. Martin's series of fantasy novels. The first book of which is called, A Game of Thrones. Quite literally HBO has years of content if they so wish, so it is quite possible down the road  I would think.  Unless GW is simply trying to lock up the licensing now, this bit seems to be interesting, but speculation.


via Wookiepelt on Heresy Online
During a conversation with one of the GW fellas recently, there was mention that the people behind the GW group are now looking into taking on the "Game of Thrones" series after the licencing for the "Hobbit" runs out. Could be an interesting development if this does materialize!!!
2/07/2013
Natfka
Rumors