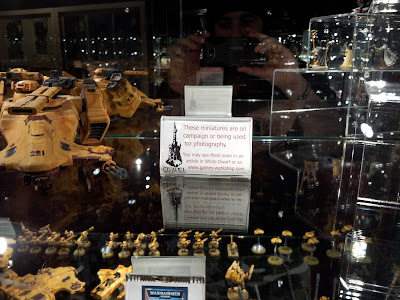 Even though we have rumors that Tau are next, and Eldar after that, we have more hints that something is under way. At Warhammer World the displays are once again missing portions of the armies on display there. We had this once before that I can recall off the top of my head, when Chaos Marines were missing, so perhaps there is something to this.


Please remember that these are rumors, so a little salt is always required.

via Mauler from the Faeit 212 inbox
This may be nothing, or it may be something but when I was at WHW yesterday I took over 50 pictures of their miniatures showcase on the top floor and I noticed something.  See the pics attached.  Sorry if the quality is iffy, I took them on my phone.

Large chunks of the Tau display and Eldar especially were missing, which I’m sure was not the case last time I was there about 10 months ago.  The High Elf display and also Vampire Counts had a lot of models missing too but as a 40k player I didn’t think to get a picture of that.

I’m guessing that the missing models from the showcase are either in a battle report (High Elves, Vampire Counts) and/or have been whisked away to the depths of the design studio to somehow be involved in upcoming releases (Tau, Eldar, High Elves). 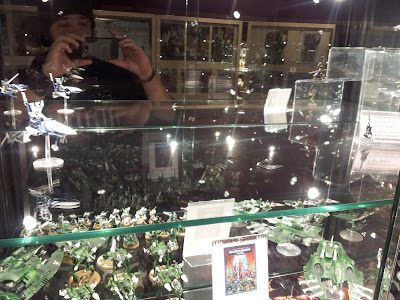 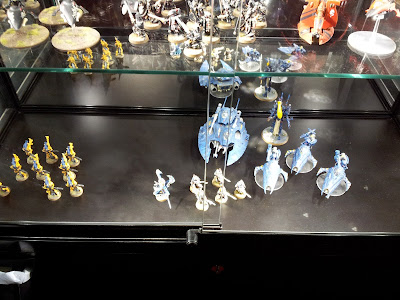 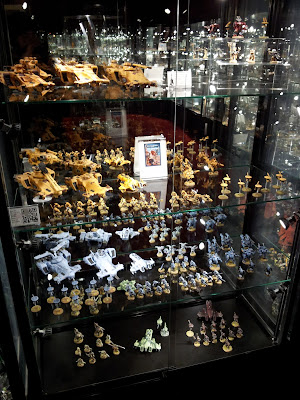