Direct Only Release and Retailers Respond with Bans 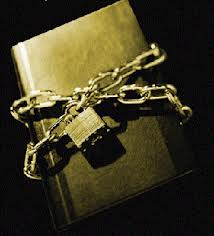 Some independent retailers are taking a strong stand against Games Workshop's new release "Death from the Skies", and banning it from their stores. Its not what is in the book that has become the issue, but rather that the release is direct only.

By not allowing it in their stores, in at least my opinion, they are creating a bigger problem, but that is not the topic here.

I have a lot of sympathy for independent business owners that have to fight just to keep alive in this economy and administration. Its rough out there, and when you deal with a supplier that makes it rough on you, there are going to be some serious sleepless nights trying to figure it out. Its no wonder that most independent game store use the card game Magic to keep their doors open.

Getting right to the subject, here are two responses to Games Workshops latest releases.

The Games Workshop Problem
by Gary Ray of Black Diamond Games
I wrote in 2005 that if you had just started carrying Games Workshop, you would never know they had previously been the most reviled games company on the planet. They were helpful. flexible, and actively supported retailers ... in 2005. Before that, they actively undermined independent hobby stores and the you only need to scratch the surface to hear horrifying tales from back then.

Why the change in 2005? It's the kind of corporation that doesn't change their policies until the existing policies stop working. So when sales slump, they try new things, like not being a dick. Well, sales were up 10% in 2012, so don't expect positive changes anytime soon.

The latest issue is their new Aerial Combat book, a direct only product that allows for flyers to be used by armies that didn't get them before, along with a lot of background fluff to justify it. Pat Fuge of Gnome Games in Wisconsin has banned it from in-store use, and many stores, ours included are following suit. It's likely a good book, no doubt, that may even drive sales of expensive flyers, but the decision to sell an important rulebook direct is just another slap in the face to independent retailers, a money grab by Games Workshop.

We're not only banning the book from use in our events, but we're taking a break from our "live and let live" approach and actively encouraging Games Workshop players to jump the fence and join us playing Warmachine and Hordes. Warmachine is on fire at our store, with sales up 230% last year and staff actively playing during our Wednesday and Sunday events. You should really check out this game, especially if you haven't tried the new edition.

Trade in your current edition Warhammer 40K or Warhammer Fantasy rulebook and you take 40% off a starter box or rulebook for Warmachine or Hordes. We've done this with role-playing before, notably D&D and Pathfinder, so we know there are likely a bunch of rulebooks gathering dust and the need for excuses to start a new game. Let this be your excuse.

We will not allow Games Workshop to determine the fate of our store. I apologize if this puts you in the middle, an enthusiastic hobbyist victimized by a companies poor policies (you decide who). I think the book might even drive sales of flyers to those who don't have them now, but that's not the point. We have to draw the line."

Here's an open letter from Pat Fuge, CEO of the Gnome Games retail chain in Wisconsin:
credit goes to Robert Pace over on "This is Why We Can't Have Nice Things" for bringing this letter to our attention.
"Dear Games Workshop. You have made it less than desirable to sell your games and allow our place space to be used for your exclusive sales to the customers we take care of. For that reason all content in your new Aerial Combat Book is banned for all of our events. The book will not be allowed in our stores and is considered contraband.

GW players if you want to trade in your armies for store credit for Warmachine we have an opportunity for you. Please email ihategw@gnomegames.com for details."

"Trade in your current edition Warhammer 40K or Warhammer Fantasy rulebook and you take 40% off a starter box or rulebook for Warmachine or Hordes. We've done this with role-playing before, notably D&D and Pathfinder, so we know there are likely a bunch of rulebooks gathering dust and the need for excuses to start a new game. Let this be your excuse."
2/19/2013
Natfka
Announcements, News Headlines