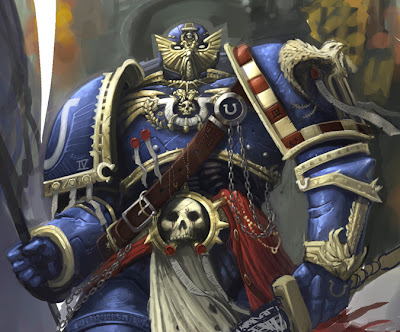 There is one thing for sure: 6th Edition 40k thus far has had a flurry of releases, updated FAQs, and waves of models. Things are changing for Games Workshop, and in my opinion its a welcome change. In fact I love it, and I think these adjustments have moved Games Workshop ahead of any of its competitors by leaps and bounds.


While we have not seen anything officially from the Dev team at Games Workshop, Tastytaste posted this as part of his Daemon discussion that I had posted earlier today. I thought this little bit that was tagged onto the end of his post was worth its own discussion and posting, so that it did not get lost in the mix.

So here is another bit from TastyTaste today, a public service announcement and an email address that will apparently reach the Dev team for rules questions.

via TastyTaste over on Blood of Kittens
Another good thing to understand is GW is moving quicker with releases than ever before. They had almost an entire year to create a backlog on sculpting and rules. To give you an example, the Chaos Space Marine codex was done in December of 2011. I am not talking about just the rules, but everything the photography, the layout, everything! Dark Angels same thing, done in March 2011. That means Daemons have been done since June and Tau and Eldar compelete or almost complete.

What I am getting at is this is going to be an epic year for releases, with only the Chapterhouse lawsuit and a new CEO possibly getting in the way.

Finally, I have a public service announcement from the dev team, they really want rules questions, so everyone keep on sending in any rules quandaries to

The design team has made updating FAQs a priority, which has been a marked and great change from years past.
2/18/2013
Natfka
40k, 6th Edition, Announcements, News Headlines, Warhammer 40k