Forgeworld Models To Be Allowed in Standard 40k!!!!! 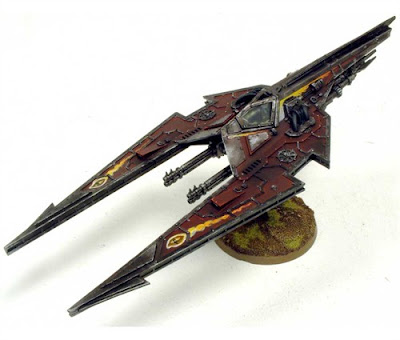 This rumor declares that Forgeworld models units will almost instantly be available for standard 40k games and tournaments, and that Games Workshop is going to release a FAQ covering this......... Wow.

A lot of flyers and anti-air, etc would suddenly be available, but there is more! The rumor says Forgeworld will handle codices as well to fill in the gaps of Games Workshop!!!!!


Complete integration would be wonderful, as a ton of new models would suddenly fly into our game almost immediately, and everyone would have flyers.

Here is the rumor from Frontline Gaming. Please remember that these are rumors.....

via Reecius
a regular of ours talked to GW asking if he could use Forgeworld in tournaments and he told us he was told that YES HE COULD, and that a FAQ for all of the Forgeworld stuff would be released by Games Workshop (not Forgeworld) giving all the pertinent rules to allow them in regular play.

Also, he told us that Forgeworld will be releasing codices that are official and will explore some of the more niche aspects of the GW universe (the example given was a Salamanders Codex). He also said that all Forgeworld product will be sold in GW stores.

This corroborates a LOT of rumors we are hearing about Forgeworld going mainstream from multiple sources. What we hear is that GW is waiting to set up a North American production center so that they will be equiped to meet the anticipated demand that will come with letting FW into regular play.
7/06/2012
Natfka
40k, 6th Edition, Forgeworld, Rumors, Warhammer 40k