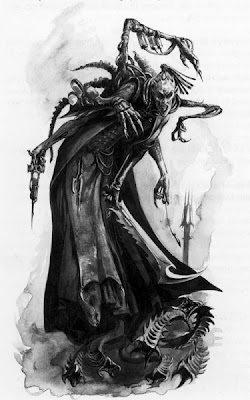 This week was a busy one. There was a ton of Chaos Marine information here on the site, as well as discussion on the future of Allies in 40k and the role of White Dwarf. Then to top it off, we had the announcement (teaser) of Forgeworld releasing Horus Heresy products.

Chaos Marines:
This week we received the bad news that the Chaos Space Marine codex was not going to be released this month. It was quite shocking but in the end, we were given so much Chaos Marine information that it kind of softened the blow.

There is just so much that I am excited to see for the chaos marine codex that I am not going to go into it, but just in case you missed the compilation of our 2 hour QnA session, here is the link.
http://natfka.blogspot.com/2012/07/chaos-marine-qna-event-compilation.html

Plus I will be hopefully able to update the Compilation page for Chaos Marines here shortly.

I have not heard any different, so starting off with a new week, we are still looking at a September release for the codex and for the Starter Set.Again a huge thanks to our Guest for providing us with a great QnA session to keep us over for another month.

This codex looks to be very flexible, and I think that everyone, even the Legion die hards (that includes myself), will be extremely happy with this codex.

Dark Eldar
I have been working hard on what I would like to field for my Dark Eldar. Reading through many peoples first impressions of Dark Eldar in 6th edition I have been inspired to do some posts on my thoughts. I have to say that I do not completely agree with many of the assessments I have read thus far, but there are some good ideas out there. Dark Eldar have some unique opportunities that I feel have not yet been fully explored.

One of my favorites is Urien Rakarth and using wound distribution in 6th edition. Take Urien for instance with a unit of Grotesques, and just watch those wounds get distributed across several 3 wound models with the Look Out Sir rules. Not to mention that with his clone field, it gives him a new advantage when fighting in challenges and ignoring the the attacks coming his way. After all how many attacks do most characters get to take down Urien.. Best of all, he has meld the Flesh and regenerates a wound every one of your turns, so any failed Look Out Sir's have a great chance or regenerating. Having Urien lead your forces into battle now provides some new advantages that were not there before.


So if you are interested in updates to my Dark Eldar Tactical page, look forward to them starting up again sometime this week


Fortifications: Aegis Defense Lines
There are many ways to deploy your Aegis Defense Lines, and I have been using them in games, and laying them out to see just what kind of practical layouts get the most bang for your buck. I am a huge advocate of practicing your deployments, and the new Aegis Defense Lines are a definite qualifier for that. Once I get a few set ideas a little more solid, I will probably post up, because I am sure other players have some very distinct and wonderful ideas on how to use these and deploy them for their armies.
7/29/2012
Natfka
40k, 6th Edition, Chaos Space Marines, Dark Eldar, Presence of Faeit, Warhammer 40k