A New Ezekiel Model on the Horizon 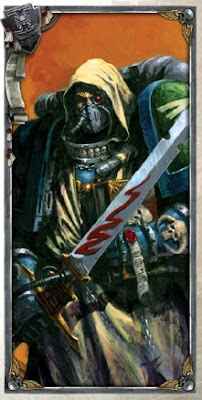 This email just in, with a little slip of the tongue, we have the starting of a new rumor. Dark Angels Librarian Ezekiel is in the rumors today. 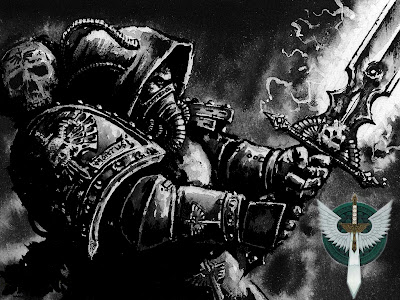 Please remember that this is a rumor, although its likely true about there being a new Ezekiel model coming. Dark Angel fans rejoice.

via Coolhand Fluke
I've just attended the Eavy Metal Golden Demon master class at warhammer world. As a group in a Q and A about tips on entering Golden Demon, while speaking about moulded banners and whether they were as good as freehanding your own banner,                               mentioned that he preferred to file off the moulding and freehand his own banner as it was a way for a painter to show off their skill.

Now this is the interesting part...

He then mentioned that this is what he had done when painting the new Dark Angel Ezekiel Librarian model as that now comes with a moulded banner. He didn't go into more detail than that, there was a kind of silence from the group and then he moved on to another subject. Make of that what you will.