The Dragon. What is It. Chaos Space Marines 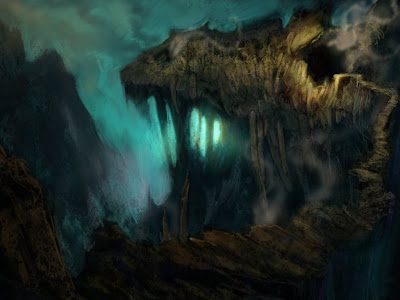 We have had rumors for a long time now that a Chaos Marine Dragon was coming. I have a hard time imagining it, but I figured it was time to really get down to business on what this unit just might be. The following is a compilation of rumors and sightings, plus maybe a little speculation on this new upcoming model for the Chaos Space Marine codex. 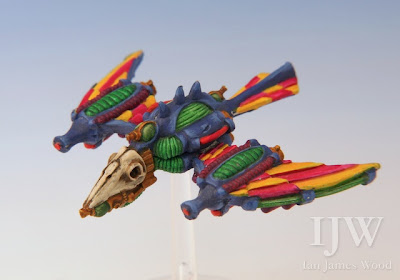 Some people have suggested that the Dragon will be based off of this old model from epic. I believe it was called a firelord, but I am sure someone below has a better memory than me with more information.

Here are the rumors that have came with this "Dragon". One thing is for sure though, I truly believe that we will be seeing this model a lot in the very near future.

via Grant
Imagine a dragon made of "fire" and coverd in a platemale armor and you won't be too far off. That is the best discription I can give.
Some of the concept art shows it mauling a valkyrie mid flight. It is pretty cool.


via TastyTaste
Has the Daemon USR
Has It will Not Die USR
–Demon Possessed–
Demon possessed just got a whole bunch cuter really. Instead of not being able to embark in demon possessed vehicles they now will only eat one of your guys and repair itself. Otherwise works the same way as before lose BS and ignore shaken and stunned, In addition some things get wargear automatically.
–Dragon–
Oh the Dragon yeah the model on everyone mind. This is a CSM answer to other flyers it is designed almost exclusively to hunt and destroy other flyers. Clocking in about the same points cost of Carnifex these little hell on wings Vector Strike and bring pain to a lot of things. Did I mention it gets to re-roll wounds and armor pens.
–Dragons, Demon Engines, Defilers oh my-
So let me put this in perspective. All these models ignore shaken and stunned, have 5+ invul saves, re-roll wounds and armor pens, and can recover wounds and hull points lost.
-The Dragon flyer is in  – think Necron Night Scythe with the main chassis replaced by a massive mechanical dragon head with segmented wings sweeping forward and around from it.
(True – The thing looks like a dragon head attached to the Owl from Clash of the Titans)


the flyer you get is retardedly good at blowing up things that are zooming.


via Bigred
I have been told the following from folks who have seen the kit:


Imagine an oversized Forgeworld Hellblade fighter with a larger rear-central "body" that rotates downward for the Dragon's main hull. It is composes of Hellblade style straight edged overlapping panels similar to the Greater Brass Scorpion, and is has plastic elements representing being wreathed in fire. It has a "dragonish" mechanical head and claws of some type on the lower body, and is on the large oval flying stand.


So yes in fact it does sound an awful lot like a modernization of the old Epic Tzeentch Doomwing. Basically not an organic thing at all, but a "dragon" in the same sense that the Greater Brass Scorpion is a "scorpion". It's a daemon engine designed for flight that is modeled after a dragon.