The Latest On White Dwarf 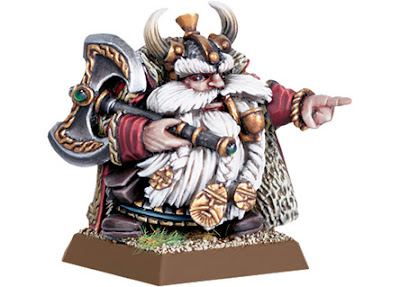 Here is the latest on White Dwarf's possible delayed release and problems getting to the printers.

This is a continuation of the following news, regarding release schedules and White Dwarf.

Faeit 212 Exclusive
I can confirm that the white dwarf final has been sent for print, I will get back to you on what's in and what's out.

White dwarf will be released on schedule for august however.

From the previous report http://www.natfka.blogspot.com/2012/07/40k-release-schedule-revealed-chaos.html
It's a whole lot coming really fast and there's a little bit of resistance (from certain people) on the release of the flyers and chaos all at once.

That said, August's white dwarf has been pushed back for reasons I do not know. In the past, however, the only reason for White Dwarfs to be pushed back, however, have been last minute removal of content and articles, never additions.

This month had so much content potential that about 80% of it ended up on the editing room floor, so it wouldn't be difficult for them to fill a magazine back up if they were cutting chunks out of it.

As of Thursday morning though, August white dwarf hasn't been sent to the printers. The drop date on that is Friday
7/20/2012
Natfka
40k, 6th Edition, Chaos Space Marines, News Headlines, Rumors, Warhammer 40k