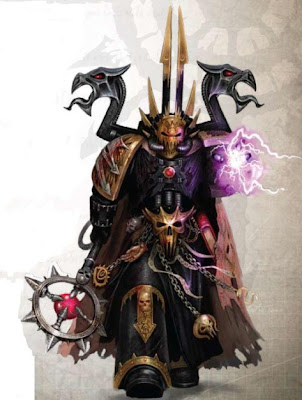 Already we are sitting on the 20th day of the month, and information that normally would start flowing within a couple days, is now looking like it might be delayed with a White Dwarf pushed back a little bit. I still feel that the Chaos Marine codex will be released August 4th, but I am simply projecting that date from a the rumors I feel have more accurate information.

These rumors validate that things are moving forward "flyers are close", and "Chaos codex was done", but they seem to all be concerned about the arrival date of both releases.

The dates on these rumor bits appear to be speculation after taking into account the rumors by Neil Kerr aka Skcuzzl listed here.  http://www.natfka.blogspot.com/2012/07/new-chaos-rumors-are-here.html

via Demuirg
Just got some info from my regional distributor. He claims the next wave of flyers is close. So perhaps no CSM after all.

via Lirith'uan
my source told me that the Chaos Codex was done, had been circulated around head office and was due for shipping this week. However, it is possible that they could release it September 1st with Flyers for August