The Times have Truly Ended 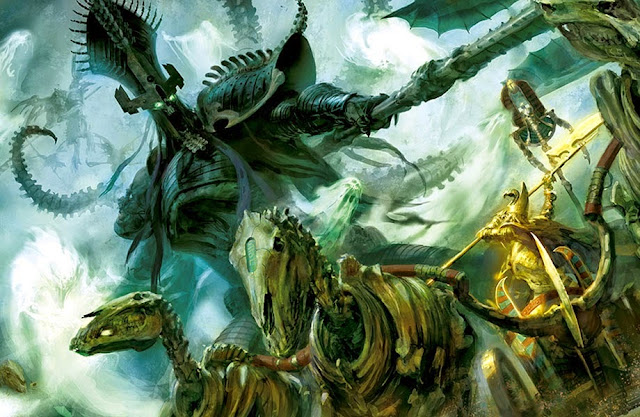 There was an interesting post that was seen on a Liverpools Games Workshop page on Facebook. Its title was "The Times have Truly Ended" and discussed a last chance for many items of Warhammer Fantasy that were going to be going away. I was told the post lasted for 2 hours before it was removed.


I did not see it, so this is based upon what the reader saw. A mobile pic of the text was included for proof.

You can see that pic here posted by Seriqolm on Warseer
http://www.warseer.com/forums/showthread.php?409361-Warhammer-9th-Rumor-Discussion-Mk-III&p=7460996&viewfull=1#post7460996

via a source that did not want to be named.
Some info for you, some you may be interested in.
They are now deleted from their Facebook page.

Here is what it said.....
+++LAST CHANCE+++
The Times have truly Ended.
In preparation for whatevewr emerges out of the aether, I've got a last chance table set up for Warhammer Fantasy collectors to grab their beloved belongings before the world ends.

The Island of Blood as well as Triumph and Treachery, Sigmars Blood and Storm of Magic and many more items. Among these are the End Times campaign books so if your part way through rading the end times series and want to find out about the doom of the old world then get in now.

All of the Warhammer Fantasy army books, rules books, campaign books, template sets, and movement trays, are set to be removed from the shelves....