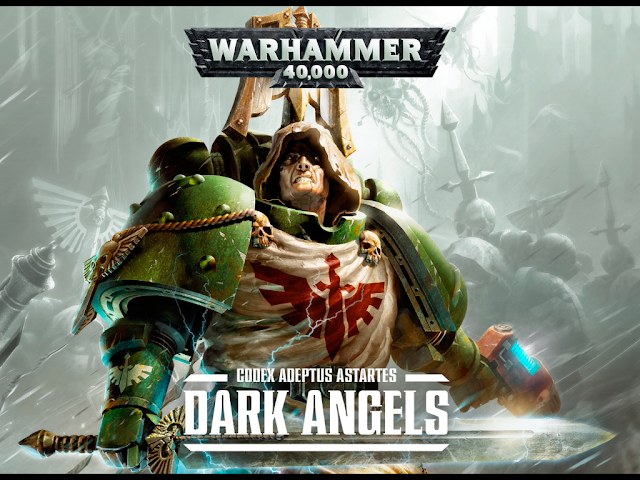 The Dark Angels have just come screaming onto the gaming scene with what so far appears to be a very solid, if not very strong codex. Just a quick look at getting free transports alongside full BS with overwatch can be incredibly powerful. I have a feeling that this dex is strong enough to bring out a lot of current Dark Angels players whose armies have been gathering some dust.


If you are looking to get a hold of the limited edition codex, its already too late to do so in the US or anywhere else.
Also below in the comments a lot of Dark Angel rules are appearing, thanks to a fully accessible glossary in the sample interactive digital codex. Thanks to Alendrel for answering questions and sharing.

Lets take a look at some of the images that have been released in the sample downloads for the new Dark Angels........ 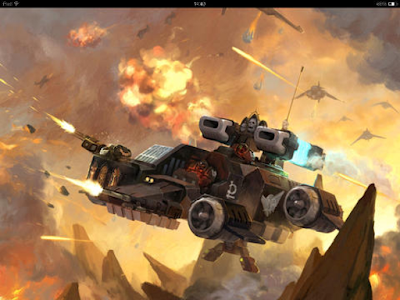 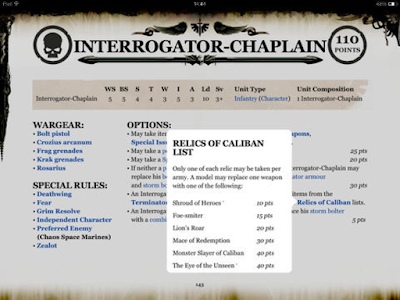 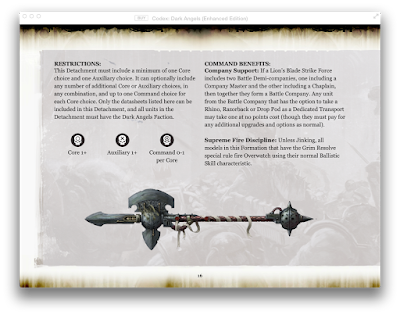 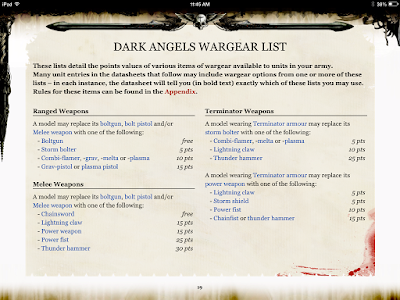 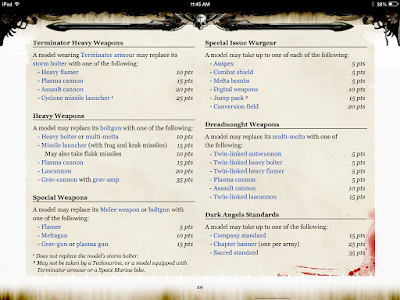 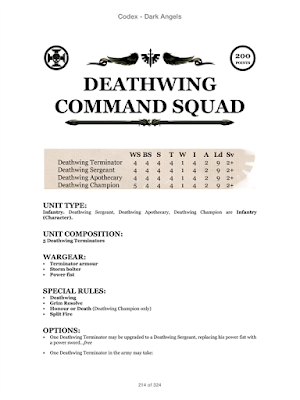 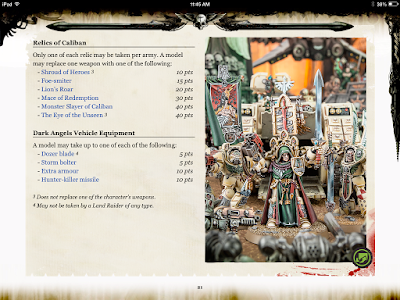