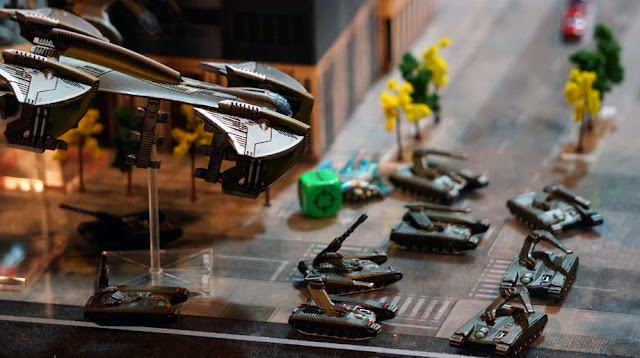 The UCM are one of the armies that I really like to play, and the combinations of artillery alongside ferrums and Kodiaks can be far reaching and devastating to opponents on the tabletop. Today Alex, from DzC Commentor over on Gamerati published his weekly Dropzone article on helping new players select an army that fits what their playstyle.

The UCM is first up, and Alex dives head first into just what the United Colonies of Mankind are, and how they are played.


Here is a link.
http://gamerati.com/choosing-a-dzc-force-part-1-the-ucm/

The article is a great look into the UCM, including the strength of the ground game which I think is often overlooked for the UCM. Strong tanks with great AA back up, can mean that an army focused on the ground game can really compete with just about anyone.
6/24/2015
Natfka
Dropzone Commander , Gaming News , Hawk Wargames , News Headlines