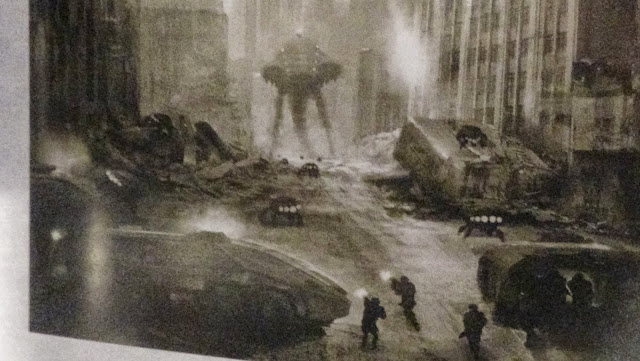 Last we were talking about early game tactics and things to consider for when looking at Dropzone Commander. The early game is often about movement, field position, getting a jump on early objectives. Its time to talk about the mid-game, often rounds 3 and 4, where the fighting becomes thick and small errors can lead to big game changing events.

Mid Game
This is where most of the fighting takes place. Rounds 3 through 5 can be extremely deadly to your units and it's imperative that you take advantage of everything that you can to gain the upper hand against the enemy.


Effective Use of Command
Using your command wisely can change a bad scenario into a good one in just moments. Making sure that your area of influence can reach where its needed, or using scouts to expand that control area is an effective way to make sure that the cards in your hand can be used. Your area of influence is often vital in winning the infantry battles or getting the jump on your opponent.

Targeting
One of the unique things about Dropzone Commander is that each model (unit) in the squad that you are activating may shoot at any available targets (not just a target squad). Not only that, but each gun that is separate on the model shooting, can shoot at a different target. This allows you to shoot your machine guns at infantry shooting out of a building, and try and take out a tank that is threatening you just down the street.

Dont forget your machine guns..... People always forget about them. Maximize your firepower against the enemy

Cover and positioning.
One thing people often do not realize is that that models in a single squad can shoot through one model in their squad without giving their opponent cover. So do not be afraid to stack up two models in a row to get your shots off, and give yourself cover on the second behind model. Sometimes a little cover is all you need to survive a frontline battle head to head against the enemy. (these are often brutal)

UCM dont forget your sabres have articulated weapons, meaning they can raise and lower. So that means you can line up your models 3-4 deep without any worries of blocking your own line of sight, and forcing your opponent to out maneuver you to get off good shots.

Backfield Pressure
Being able to threaten the backfield of your opponent in Dropzone is often not thought too much about. I feel that its important to do so that your opponent has to maintain and spread out his strength. Whether its skimmers, fast moving aircraft, or even artillery, have a way accessible to you to hit the backfield, and position yourself to do so. This comes in extremely handy when your opponent is attempting to get an objective off the field to score. I can't tell you how many games a last minute fast mover like Archangels have stopped or delayed an objective from getting off the board.

Covering your forces with AA
AA coverage seems like a given when it comes to the game. Cover your own forces with AA protection to save them from fast movers hitting your backfield, and from light dropships trying to move into position or move elite infantry forward.

This means that your AA will not be firing that often during their activation, but instead moving into position to limit enemy movement and strikes.
6/21/2015
Natfka
Dropzone Commander