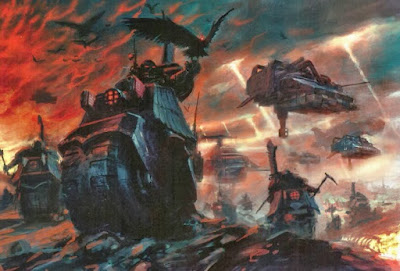 There are three detachments that you can use for Dark Angels with the new codex according to the most recent leaked images. Including the Lion Blade Strikefoce, there is a Ravenwing Strike Force and a Deathwing Strike Force. The leaked images are French, but we have some translations here that reveal the detachment options we will be getting.

translated by beastrouille on Bolter and Chainsword
There is a leak from the french WD saying so.
The detachements are called Deathwing Strike Force and Ravenwing Strike Force.
Here is the image for those who read french:


For those who do not read french here is a quick translation:
second paragraph:
"Of course this is not the only way (i.e. the Lion's blade) to assemble a DA army. Instead of a DA semi-company why not use other detachements. A DW Strike Force would make a visually impressive army with all these bone-white armours [...]. Thanks to this detachment, it is possible to field a force constuted only of DA 1st company and lead by Belial or why not the new Terminator Librarian."
Third paragraph:
"The other detachement of the codex is the  RW Strike Force including units from the second company only [...]"

EDIT: I forgot to credit the one who posted that in the first place. So thanks Master Avoghai (who I am sure you know already) to have posted that on the french DA forum
6/17/2015
Natfka
40k , 7th Edition , Dark Angels , Gaming News , Leaked Images , News Headlines , Rumors , Warhammer 40k