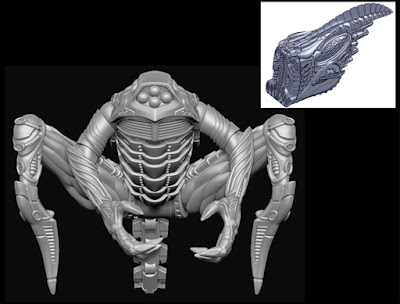 The models we saw early on Wednesday are now available for pre-orders. The heavy hitting UCM Hazard Suits to the Scourge Screamers, and more are available now. The rules for these are set to come out in a couple weeks.


http://www.hawkwargames.com/collections/summer-releases
All of the models below are Pre-Orders live now with a in-store release date of Saturday August 1st 2015 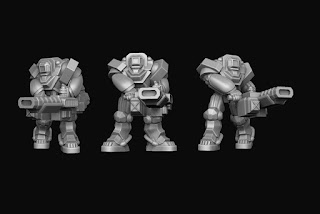 Heavy Hazard Suits
Heavy Hazard Suits were developed for working in extreme conditions on frontier worlds and on the outside hulls of ships. Since 2653, many Heavy Hazard Suits have been used as pickets in areas where hostile aliens and fauna are frequent threats - militarising them was the next logical step.

Removing the original civilian systems freed up space for the capacitors and hyper accelerators needed for a suit-portable railgun. 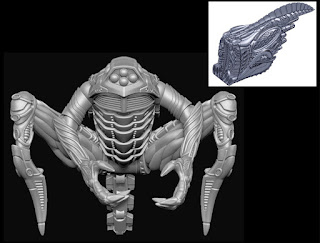 Screamer and Raider Heavy Dropship
The Screamer is a chillingly familiar unit to Resistance fighters, but is only now being encountered by UCM troops. Unlike many enemy units, it is rare that the Screamer is visually identified.

The Screamer is a consummate terror weapon, part of a second wave of any Scourge invasion to root out pockets of resistance and demoralise any survivors, breeding a miasmic sense of despair as is scuttles with chilling speed towards its prey. In addition to its already potent mental weapons, the Screamer is armed with sets of powerful, metal sheathed claws which in conjunction with its massive size and augmented musculature make it more than capable of ripping a heavy battle tank to shreds.

The Raider is a dedicated insertion platform for esoteric and specialist Scourge units. It is designed to fully envelope bulky units that have highly specific mission parameters, often as outliers to the main Scourge force. Horrific weapon systems complete the package, supporting the elite troops it disgorges with lethal anti-personnel acid hoses comparable to those on a Tormentor heavy battle tank. 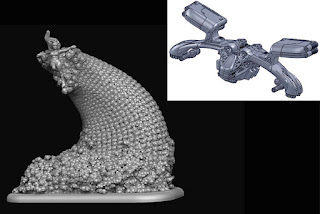 Medusa and Triton-X
While little that is known of PHR Siren corps, one thing is very clear; these women are the elite, and exceptionally few in number. However even among the rarest individuals there are exceptional specimens – those whose innate affinity with their technological enhancements allow them to effortlessly control many hundreds of viewpoints with ease, and many thousands with dedicated training and further honing of their talents.

These are the Medusae, the 0.0001 % of the PHR’s population capable of harnessing the power of thousands of slaved Familiars to their will with devastating effect. In battle, a Medusa will appear to 'fly', levitated on a swarming, seething pillar of nanomachines and Familiars, sowing destruction and aiding her allies in combat until the enemy is utterly destroyed.

The Triton– X is a specially modified transport for Medusa units. The fact that the PHR has created a specific transport to carry these exceptional women into the fray reflects their immense power. It also has the capacity for additional nanomachines, which can replenish and repair any losses that the Medusa's swarm might sustain from enemy fire. 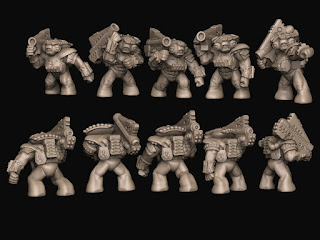 Pungari Auxiliaries
The discovery of the Cradle Worlds and very foundation of the UCM can be traced to the first contact with the Shaltari and their help in exploring the galaxy. However, the less than altruistic designs that the Shaltari apparently had for using humanity as cannon fodder quickly put paid to any thoughts of long term alliance. In the Pungari, it seems the Shaltari have found a much more pliant (if less capable) race to exploit. Despite their obvious mental and technological inferiority to their masters, they are slavishly devoted to the Shaltari and appear willing to die in large numbers for them should one be present to witness their sacrifice.
6/26/2015
Natfka
Dropzone Commander , Gaming News , Hawk Wargames , News Headlines