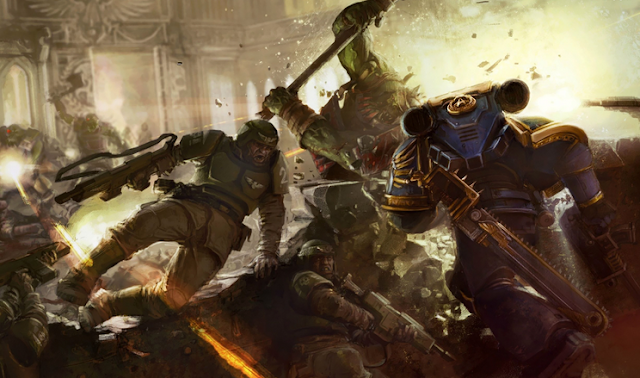 Stores are changing over to the new Warhammer name now in several places in the world. We have heard from stores in Germany, and now Australia and more in the UK. Dont be surprised if your local store changes the next time you visit.

Also a correct out of GW Lille. Or you could say it was more of a follow up, saying that they do not know of any new Fantasy release.


Lot's of UK GW Stores finally undergoing the name change to 'Warhammer'now. All new stores are opening as 'Warhammer' as well.

looks like some of the GW stores in Australia have been re-branded "Warhammer" stores! I have posted some photos on my facebook pagehttps://www.facebook.com/BlogForTheBloodGod

"Hello everyone,
In order to make silent all crazy rumors appeared on forums, the teaser that has been removed from our Facebook page just announced our desire to organise a WFB tournament from the Throne of Skull type, based upon the rules of Storm of Magic, hence the reference to the changes in the rules... and nothing more. (Thanks to our English speaking friends, who find the teaser rocks, it will soon come back on the event page).
In prevision of further questions, no, organising a tournament does not mean we know the release date of the next WFB edition, nor its content.
...
We love and respect equally the three universes we propose, et are waiting impatiently for future releases, just like you. Thank you to respect ou work and commitment rather than relaying wrong informations."