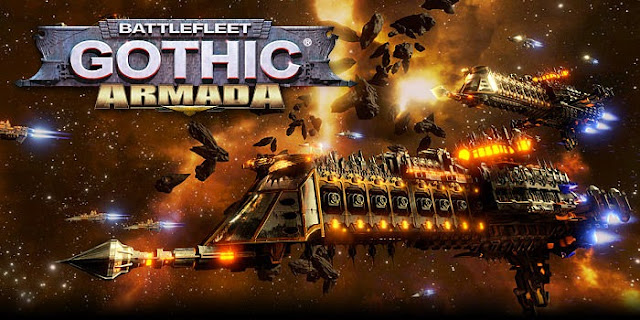 A new teaser video for Focus Interactives Battlefleet Gothic Armada is out today. Gothic was one of my favorite specialist game Games Workshop ever produced, so of course anything Gothic oriented catchs my attention.

The game stages the mighty armada of the Imperial Navy's Battlefleet Gothic against the insidious and galaxy-threatening Chaos Black Crusade of Abaddon the Despoiler in dark, deadly and intense space battles from the Warhammer 40,000 universe. This first video teaser is a prelude to intense space combat in command of huge battle cruisers - true metal behemoths - several kilometers long and armed to the teeth.