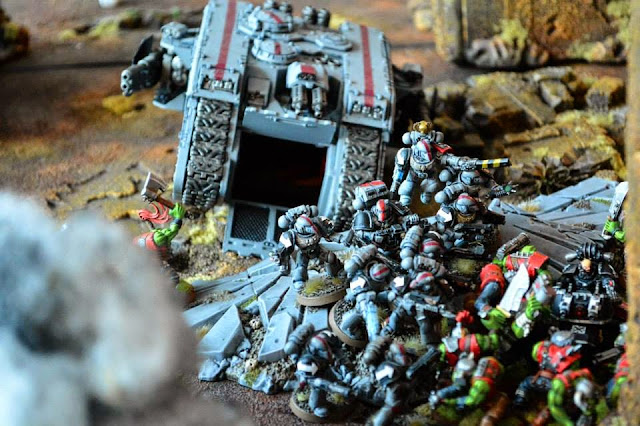 It's Friday evening, and now that things are starting to calm down a little on my end (life overtakes sometimes). I figured I would spotlight one of the many sites I like to read as well, SN Battle Reports. I really enjoy the images they use for their reports and the ability to follow along the in the reports. I can only imagine the time it takes to go through a game.


I've been trying to do a spotlights of other sites, and more will come in the future as time allows

via SN Battle Reports
SN Battle Reports kicked off last year as a side project between two friends in a local wargaming club on the Rock of Gibraltar. The premise was to recreate the feel of the classic 40K White Dwarf battle reports of yore and bring this style to an audience familiar with them, but also introduce newer gamers to the style who perhaps have only experienced battle reports as Youtube videos.

The focus of SN is on artistic quality, be it our tables, the terrain we use, the models themselves and the narratives that accompany each report, all captured by high end photography. The team then became four-strong: we share duties but each have our designated roles, Tech-Priest, Pict Recorder, Artificer, Librarian. We wanted the heart of the project to lie in the aesthetics of 40K, which is what attracted us all to the hobby in the first place. For this we invited some of the most accomplished hobbyists in our area to submit their armies to our treatment.

The results so far have been inspiring for us. We have met some great people with some truly magnificent armies and made strong links with other gaming communities in Spain and in the UK. And most importantly had a load of fun doing it all! The Facebook format was a perfect platform to present the reports and gather all the media as albums and we are now working on our 27th BatRep with many more in the pipeline. As soon as we started gaining friends online through our Facebook page we quickly started attracting more interest than we ever thought possible and were approached by people we considered luminaries of the hobby. It was a great honour that they were taking time out to help us grow, this shows the calibre of people involved in this hobby of ours, the response has been overwhelming.

Over the last few months SN Battle Reports has taken exponential steps in our online growth and we now have over 3K likes on our Facebook page and we are very proud to be affiliated to your good selves at the premier wargaming news outlet in the known universe! What does the future hold for SN Battle Reports? We are really appreciative of comments on our page and read every one. We have already have taken on board some of the suggestions from the community.

We introduced table-wide splat maps so unit movements and actions can be followed after every turn. If there is enough interest we are considering moving into print and compiling our best 10 battle reports (with a few exclusives) as a hard copy compendium. Going forward we are toying with the idea of adding special effects both physical and digital to our photography and including vertical backdrops so the immersion is complete. The possibilities are endless. We hope that you will join us in the grim darkness of the far future, where a million stories are still to be told. 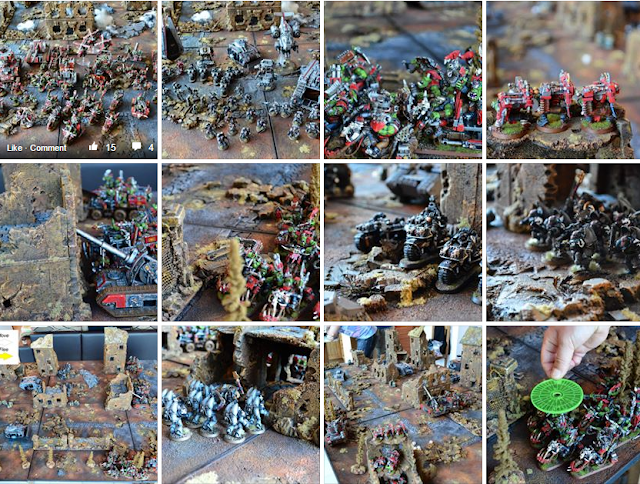 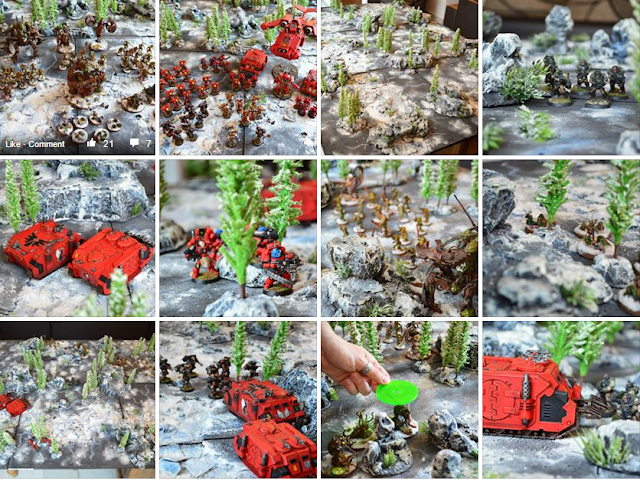