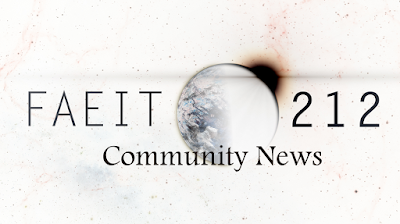 If you have not been over to the Faeit 212 Community News site in a while, there is a lot going on there. Battle Reports, Unit Analysis, and more are always helping you keep up to date on events and projects going on in the community.


Here is a look at the most recent articles.

What's On Your Table: IG Veteran Grenadiers
Hello Natfka, thought I'd throw my hat into the ring with some Imperial Guard Veteran Grenadiers I'm working on made with bits from Forgeworld, Anvil Industry and Victoria Miniatures. I've found the Anvil Industry legs work very well for Guard for carapace, and thought to add the sights from Victoria Miniatures for that little touch to their Lasrifles.

Looking forward to seeing what people think of them.
-"Nailio" 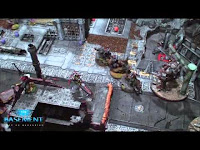 OPR - New Harlequins, New Tyranids & More
Hi guys, Today we are excited to bring you a new army and a ton of new units for 1p40k. We noticed we had been missing some of the newer releases, so this update makes up for it and then some.The biggest addition is the new Harlequins as a standalone faction, but there are also some new units fo… 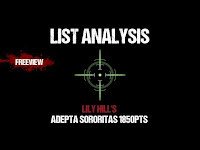 List Analysis: Lily Hill's Adepta Sororitas 1850pts
The first Adepta Sororitas list drops into the channel! Featuring the Living Saint and Penitent Engines, I am asked to optimised the list in keeping with the original flavour given and challenged to see if we can make the Codex competitive with its choices.
5/12/2015
Natfka
Faeit 212 Community News