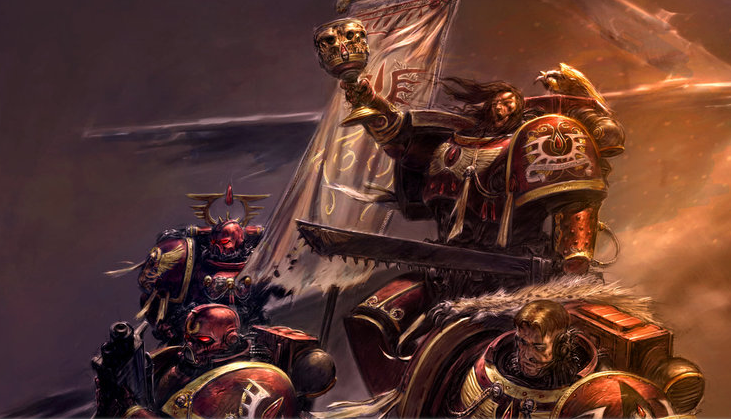 The Blood Angel codex might very well be after the Orks arrive in July. It seems that Blood Angel rumors keep coming up, as the latest rumor has Blood Angels and Orks on the revised edition rulebook

via an anonymous source on Faeit 212
-Blood Angel will get sometime after the new starter set a codex
-There will be no new super units
-The Predator gets a new box
-besides the Baal and the other two Variants a new Weapon option
-There will be a Multi Box with Honour Guard and something he called "Blood Brothers".


via a different anonymous source on Faeit 212
had already seen the new rulebook. The cover showing Blood Angels beating Orks.

Then he said it is planned to expand the Starter Set with another Box. He was not sure but he said that this box should include more models, probably limited.
5/07/2014
Natfka
40k, 6th Edition, Blood Angels, New Releases, News Headlines, Rumors, Warhammer 40k