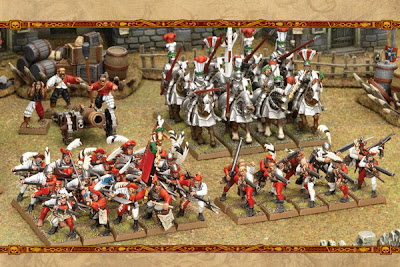 How quickly this one came out. The Empire Battalion box is now available for advance order. This seems much quicker than more battalion boxes that I remember.

via Games Workshop
The Empire is the largest and most powerful of all the realms of Men in the Warhammer world. Beneath the resplendent banners of the Elector Counts march vast armies of proud, stoic warriors who defend the Empire from constant attacks from within and without. The Empire harnesses the power of mighty war machines, the armoured might of brave knights, and the power of magic in order to defeat countless foes.

link to for your advance orders
http://www.games-workshop.com/gws/catalog/productDetail.jsp?catId=cat440004a&prodId=prod1530104a
5/01/2012
Natfka
Announcements , Empire