6th Edition Release is Imminent! A letter from GW! 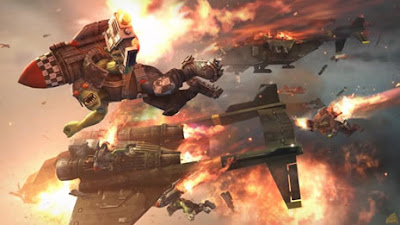 Yesterday I recieved an email and information that Games Workshop is sending out to its stores about the upcoming release of 6th edition! This is news, mostly because it is as close as we can get to a confirmation of all the rumors that 6th edition is on its way.

A big thanks to the two people below for sending in the information to me, so that we can share it here with the greater community!

via Alex
Just heard this from my local GW, they've been told to remove all 5th edition rulebooks from shelves and sales on May 28th which means 6th could be right around the corner!

via Tatepon
Today gw stores got an email.
in it were orders to remove the 40k rulebook tomorrow (26.05) from the shelves after the shop closes.

it will be removed from the website on the 28th.

additionally theyll have a retail-meeting mid june after which more informations will follow.

furthermore we were told asking customers that it was removed because there will be something new soon and that more info will be released in the near future.