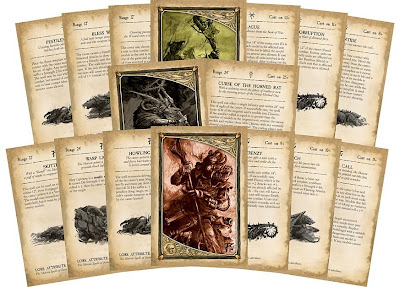 Lets see.... Fantasy gets cards for Magic, so why not have something for 40k psychic powers. After all, if we get a new multitude of new minor psychic powers, we just might be needing those reminders. As it is, taking a Grey Knight Librarian means forgetting half of the opportunities I have to use the powers he gets. I dare say though, that cards won't help me much.

Just remember that these are rumors until something official is announced.

via Darnok
It seems there are some 40K releases scheduled for June, including the new rulebook, templates, dice and either markers or cards for psychic powers. Cheers to the birdy!