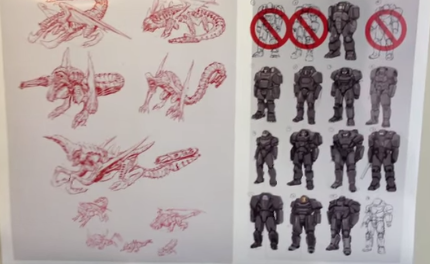 Yesterday we laid out the Dropzone Commander release schedule. In it was revealed many new things that have not really been discussed, and a few that had been seen in early concept art at the latest shows. I had some time with Hawk Wargames, and have some great details on what is coming in the near future of the game. Fans of the game will be thrilled by the creative new units that are coming over the next few months.


There are new infantry/small vehicle units being released in three waves coming for each faction. While the three waves are all separated by months, I dont have which of these units will come out in which month. So here we go, separated by faction, what is on the horizon for Dropzone Commander.

If you missed the release schedule yesterday. here is your link.
http://natfka.blogspot.com/2015/02/dropzone-commander-6-month-release.html

UCM- Infantry
-2 power suit variants; one anti-tank and the other anti-air. These are like mortar teams.
-The third one takes a unique position of a Heavy Choice with Heavy Railguns. Think 2, 3 man squads
I may have some things mis-interpreted here regarding the UCM. My notes got a little jumbled here. There are three new infantry units though, and the Heavy Infantry choice with Heavy Railguns is in there.

Resistance- I believe there are supposed to be 3, but only two were in my notes. Either I missed this one or we skimmed over it during the conversation.
-Quad Bikes that are small vehicles for scouting.
-Small vehicle armed with grenade launchers.

This is just an initial look at what is on the horizon. There is indeed more coming than just these releases. The commanders, famous commanders, new backing stat cards, and of course new balancing releases for the armies.

If you are new to this game, I highly suggest you head on over to the Hawk Wargames site and check this game out.
http://www.hawkwargames.com/pages/dropzone-commander