Talk of 40k Khorne Updates Next 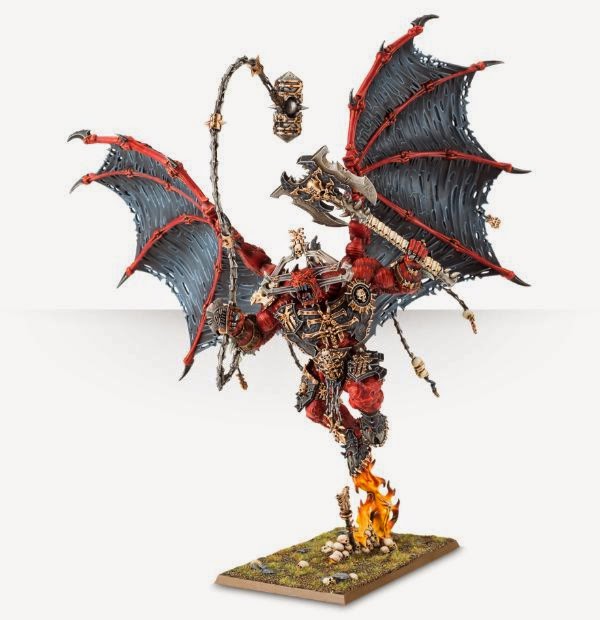 There of course is a lot of projects on the horizon that we are looking at. With the latest release of the new Bloodthirster and its listing on both Fantasy and 40k, a lot of chatter and questions coming in are regarding whether or not Chaos Marines or Daemons will be getting an update with new rules or dataslate.


In the past we have had rumors of White Dwarf doing dataslates with a few new rule changes. These spoke of one God per Issue being released, which would fall in line with perhaps new rules for a 40k Bloodthirster.

via Steve the Warboss in JanuaryI have interesting rumors about CSM:
-No Cult Marines in the Codex
-Few Rule changes
-Dataslates for Cult Marines, Terminators, Chosen ect. in the WD
-One God per Issue (own slates for Berzerker Termis, Plague Termis ect.)


and this was his release schedule


So there are some hints of that something is on the near horizon for updating the new Bloodthirster into Warhammer 40k. After all its a breathtaking model, and I am sure that many people would love to see it reach the tabletop in there games.

So next week is most likely the Archaon Endtimes book release, plus possibly some new units that we have seen in the leaked images and discussed here on the site before. This is depending upon how stretched out the Archaon Endtimes releases will be through the month of March.
2/28/2015
Natfka
40k, 7th Edition, Chaos Space Marines, News Headlines, Warhammer 40k