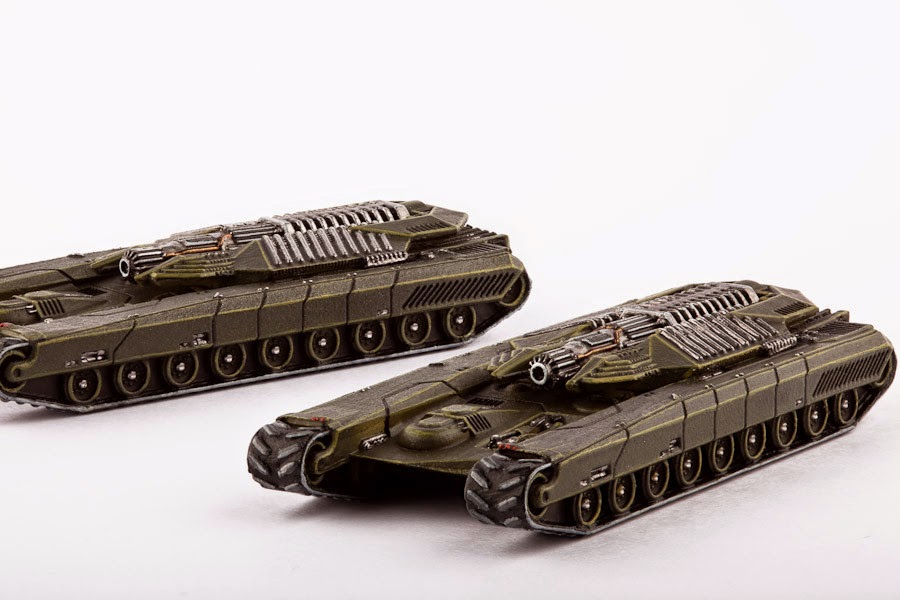 There is a rumored (well definitely more than rumored) bit, that there will be an update coming very soon that will balance out some of the current models. Some of these have been talked about a lot, and some not so much. Lets take a look at a few of the misc. updates that may be coming.

I am going to say that I do not have a lot of information about these updates coming. It was simply because the updates to the rules are currently being finalized. What I did hear recently though, is that the UCM Ravens, along with Resistance Freeriders will be getting updates. Even the Resistance will not be free of these updates.

It was stressed to me that these are not nerfs to the units, but instead bringing them in line with their use. Hawk Wargames is not the kind of company to nerf existing models, while making new models over powered.

Proof of this is the lonely UCM Scimitar, one of the least used models in the arsenal. It has an unlimited E10 shot even against counter measures, which on paper makes it look OK. In reality though, it has has some serious misgivings. I have fielded them only once..... during my second game ever a few years back, and basically found it almost useless. The fact that you cannot re-position it or turn it, makes it really hard to use, while other faction counterparts are often able to at least rotate to shoot their long range guns the length of the table.

While I was told very little of what the final rules would be for the upcoming changes.... the Scimitar was mentioned that it might possibly be getting upgraded to a MF1. This would give it the chance to rotate and adjust enemy movement. Just this slight change is enough for me to put it on my order list. As it was this was the only unit in the UCM faction that I had no interest in using. Now I need to get a pair.

Its important to note also that when the new updates to existing units arrive in the very near future, that these rules will be a free download on the website, and if any future books are released with these units in them, they will be a part of that book. However, with the new backing cards coming in each blister very soon... you can also order them for existing models..... you will then have updated rules and stats within easy reach for your games.
2/28/2015
Natfka
Dropzone Commander, Hawk Wargames, New Releases, News Headlines