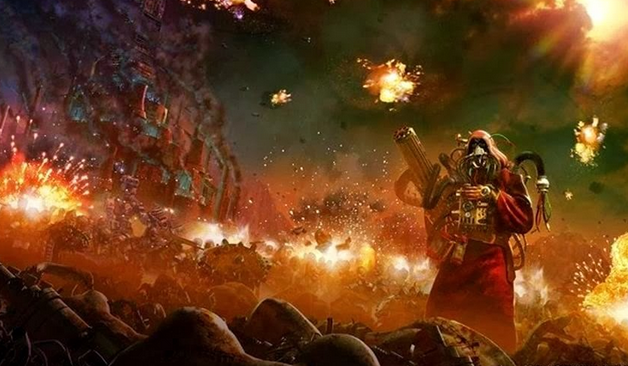 From a reader yesterday there are some confirmations on a few rumor that have been out there now for some time. The first is regarding Codex: Skitarii, and the second is regarding round bases for Warhammer Fantasy.

update:
Please note that I changed part of this rumor on where it came from. I changed it to "friend at GW" instead of identifying exactly where the info came from. Remember that here on Faeit 212,  no information is worth someone getting in trouble for.

Dont take these as rumors per say, these are just some confirmations from a reader that has some contact on the inside.

via a reader on Faeit 212
I look at your site a lot for rumors and i would also like to further confirm two current rumors.

It's really basic really but i was told recently that the skitarii are confirmed to be coming for 40k by a friend within GW itself.

Another point i would like to clarify for you is in terms of circle bases for fantasy. My source has always known that i have disliked the fantasy movement tray system; they've told me that fantasy is moving to a circular base system (although not sure how it will work) for all models, unit boxes will also contain less miniatures due to the new system.

They sounded pretty convincing and they have no reason to lie to me at all.
Hope this helps you in some way.
2/19/2015
Natfka
40k, 7th Edition, News Headlines, Rumors, Warhammer 40k, Warhammer Fantasy